By CarolineNews (self media writer) | 23 days ago 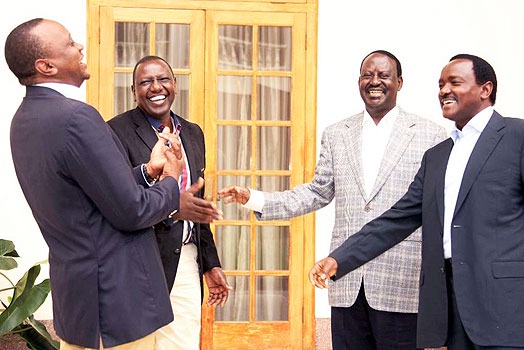 Deputy President William Ruto boasted that his political party, the United Democratic Alliance (UDA), has the most MPs in the country, with 150.

The DP, who was promoting his political vehicle ahead of the August 2022 presidential election, stated that the UDA is not a tribal political party because its members come from all over the country.

He also said that ODM comes second after UDA with 70 MPs,then Jubilee with 25 and Wiper of Kalonzo Musyoka with 22 Members of Parliament.

The DP also rooted for UDA, claiming that it is the only political party that has met the national inclusivity threshold, followed by Raila Odinga's Orange Democratic Movement (ODM). 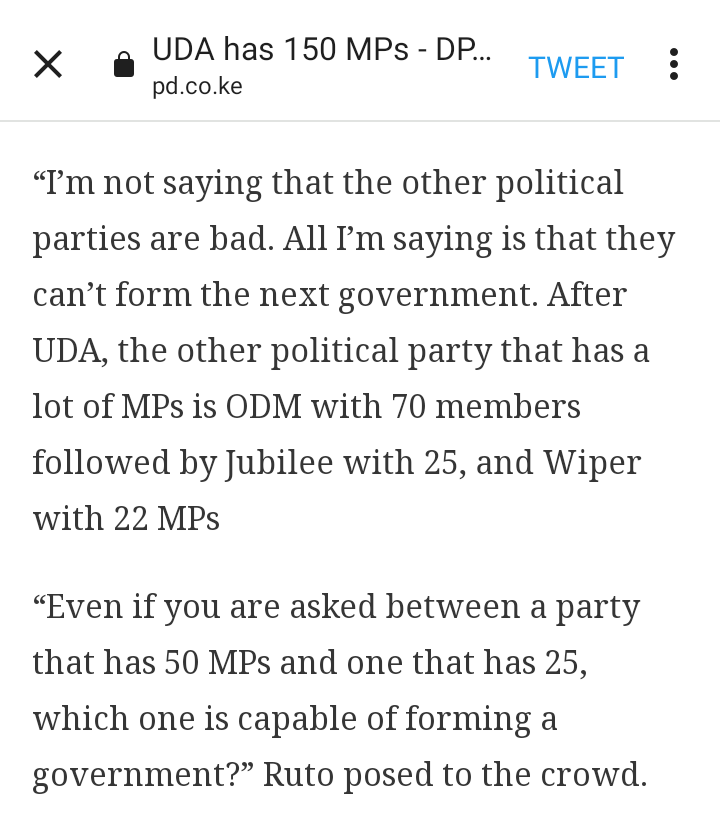 While shooting down the Building Bridges Initiative bill (BBI), Ruto singled out proponents of constitutional change for seeking positions in government for themselves.

“That reggae and BBI failed because their first agenda was to create the post of Prime Minister and an imperial president who could manipulate Parliament and the judiciary,” Ruto explained.