By KDF.POLICE.SERVICE.UPDATES (self meida writer) | 25 days 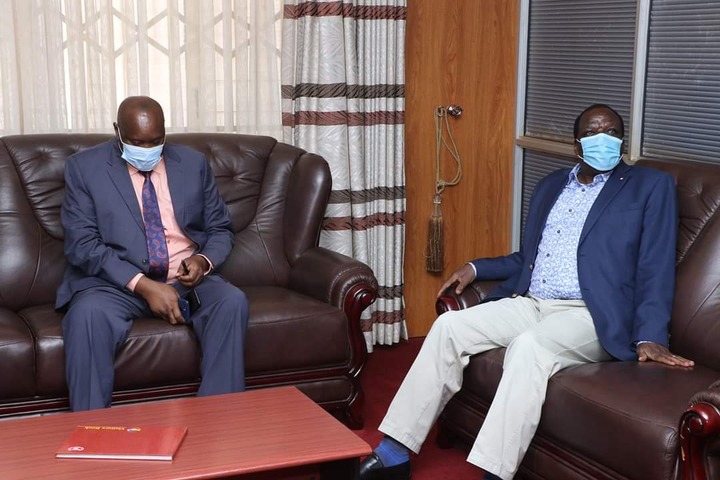 Busia Governor H.E Sospeter Ojaamong has raised concerns over rising foreign debt, calling on the National Government to check on the worrying trend.

Addressing the press in his office on Monday, 12th April, 2021, the Governor said it's inevitable that the country continues to borrow money without elaborate plans.

" During my tenure as Member of Parliament between 2002-2012, we left debts which were affordable. To our predecessors, I don't know what really happened that they could not scrutinize the country's debt portfolio," he wondered.

He continued: " Foreign debts especially from China attracts very high interest rates compared to those from the World Bank and the International Monetary Fund, this has impacted negatively not only on economies of counties but also of the National Government."

He noted that the unfolding scenario has drastically affected services in counties with most hospitals going without drugs, water scarcity has continue to rear its ugly head owing to unsettled bills.

" Most counties including Busia have not received their equitable share from the exchequer for the last six months with the end of the financial year 2020/2021 around the corner, and with most projects remaining unexecuted," Ojaamong stated.

He urged the National Government to hold talks with World Bank and IMF for a buyout of Kenyan loans from China and increase Kenya's loan repayment period, noting that the move will offer relief to the debt ridden country.

" Apart from restructuring Kenyan loans, there is need by the country to stop all new development projects like railway line, new roads, airport, among others for at least two years and channel the funds on service delivery including purchase of drugs, clean water and school infrastructure.

The Governor exuded confidence he will leave Busia a better place than he found it when his tenure comes to an end after 2022 elections.

" When I took over in 2013 there were no bitumen roads. Today, towns enjoy tarmacked roads; Busia County had no ECDE classrooms, we have also employed ECDE teachers on permanent and pensionsionable terms and others on contract," he said.

The governor added:" There are now better infrastructure in sub county hospitals including Labs, maternity wings, X-Ray, and Accident and Emergency Unit, Newborn Unit at BCRH and Mother and Child and Dental Units at Alupe Hospital.

Controversial Pro-Ruto Crusader William Should Keep a Close Eye on

Kang'ata, Ngunyi Clash Over Push to Impeach Ruto After Failing to Stop Reggae