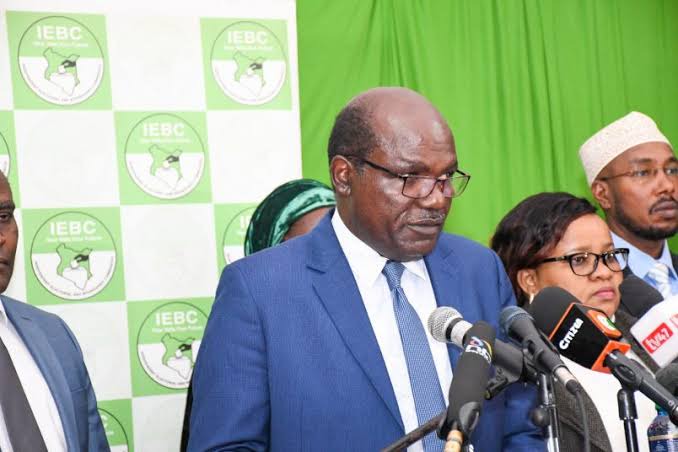 While that is the case, eyebrows were raised today after Kenyans woke up to a worrying message from David Matsanga. Through his official facebook account, David Matsanga who has been complaining about Chebukati and the IEBC in recent days made things worse as he dropped his morning message.

According to David Matsanga, IEBC is still in controversy yet they only have 40 days remaining to conduct the much awaited August poll. For that reason, David Matsanga asked Wafula Chebukati and his IEBC to consider canceling the election altogether then prepare well before conducting the general election some time later. 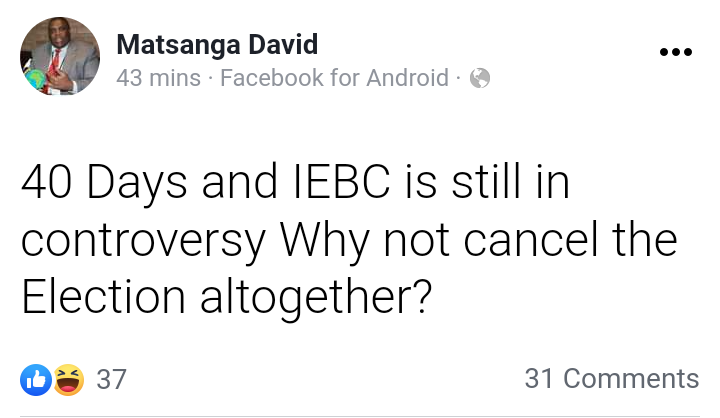