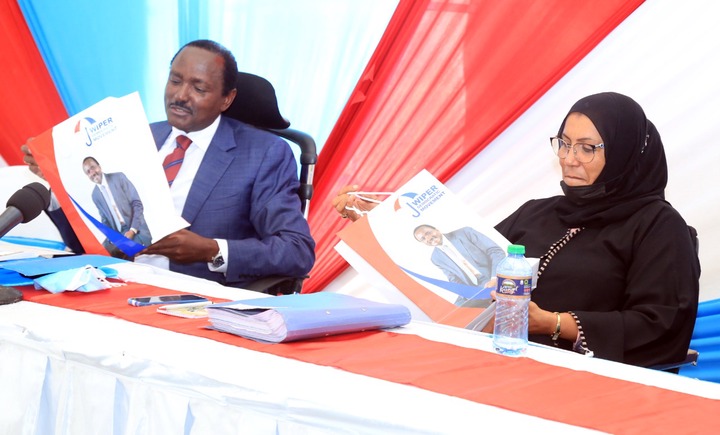 The more things change as far as Wiper Party leader Kalonzo Musyoka's August political ambitions is concerned, the more they remain the same.

Few hours after it emerged that IEBC had 'disqualified' Kalonzo's bid to contest for the presidency in August, over claims that the party did not submit the 48,000 signatures in a Microsoft sheet as required for all presidential candidates, the party has written a protest letter over Kalonzo's exclusion from the shortlisted aspirants ahead of the last round of nominations clearance.

Speaking with KTN News on Saturday, the Wiper party secretary general Shakila Abdalla revealed that the party's National Elections Board had written a letter to IEBC seeking reasons as to why Kalonzo was not listed yet he had submitted the required documents.

"We are wondering why IEBC, through the media, is saying that it did not clear our candidate Kalonzo Musyoka for the presidency. The party's NEB has written to IEBC seeking to know if there is any reason to bar Kalonzo from the race," said Shakilla.

It was rumored that Kalonzo's disqualification came after his successful negotiations with President Uhuru Kenyatta to rejoin Azimio La Umoja One Kenya Alliance camp, but the new move now leaves Kalonzo's supporters in darkness over his next political move.

However, a section of leaders allied to his party, professionals and religious leaders from Ukambani have urged the former Vice President to abandon his presidential quest, support Raila Odinga's bid and agree to take the Chief Cabinet Secretary positions he was assigned in the Azimio government. 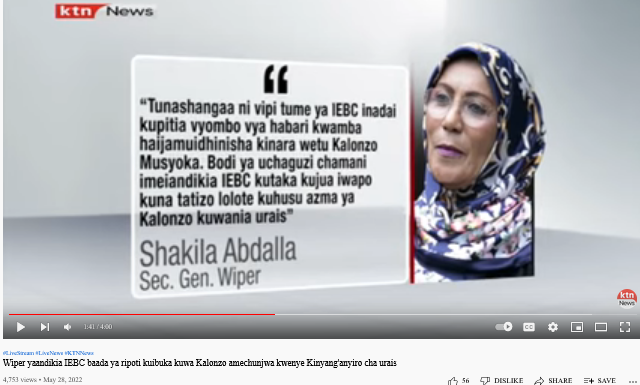