A newly elected senator is the latest talk of the town following his insatiable appetite for women that he displayed during the induction training that occurred in Naivasha. Sources aware of this story have submitted that the legislator never spared a chance as he kept hosting different women in his room for the entire period of the event. 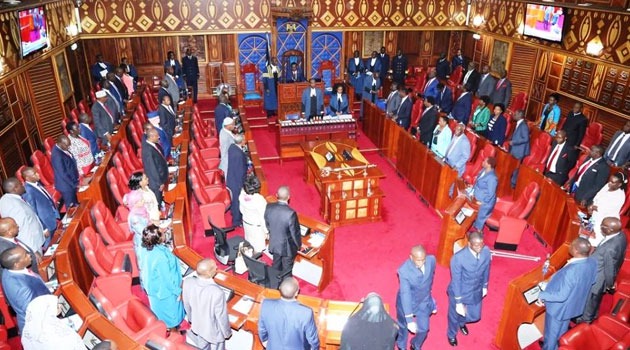 Word has it that there are days when he even went to the extent of seeing more than one woman in a single day.  Staff at that high-end hotel were left in shock due to the unpopular behavior of this parliamentarian.

Unlike his colleagues who could stay behind and get to know each other after induction, he would hurriedly leave the induction venue and head straight to his room where a woman of the day would be waiting for him. He would sometimes skip the sessions if he happened to have a visitor during the daytime.

One of his handlers observed that ever since he won the elections, he has totally changed. He rarely goes home to his wife and children. The senator is reported to have acquired an apartment in the city where he hosts different women.

According to his handler, the Naivasha drama was just a tip of an iceberg, he is said to be doing worse while in Nairobi. The handlers are even worried that at that rate, he stands no chance of delivering for his people. 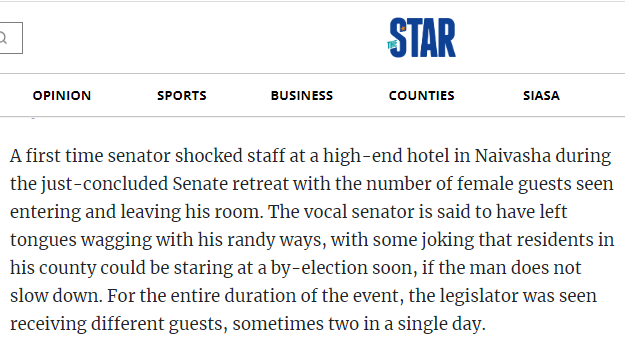 They are also worried about his financial state since he reportedly pays those women handsomely. He has been luring some to his bed using fake promises like buying them cars, land, and houses, and even taking them for a trip overseas.

After the encounter, he goes ahead to block them from all avenues of communication. The handlers have also expressed fears that such behavior will soon land him in trouble with his city women since they know where he lives.

"Don't Say I Have Been Bullied For Stopping The Rallies," Raila Sends Message To Kenyans