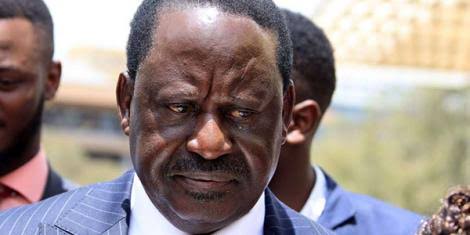 Orange Democratic party leader, Hounerable Raila Odinga was today heckled in Meru county by a section of youths. In a video which was shared online, Odinga is seen addressing residents while a section of them are heard chanting, Deputy president William Ruto's name. The video has elicited mixed reactions online making Kenyans to ask for Unity during this election period. Some have even pleaded with political leaders to address their supporters on how to handle themselves while attending rallies, even when they don't agree with the message being passed across.

Well, while speaking in Tharaka Nithi county, his next destination after Meru tour. Odinga has opened up on importance of Unity within the country during this Political period. He has continued to say that, it was Political tension that made him to unite with the president and he is not going to stop until the country is libarated from such issues. Odinga has pleaded with residents of Tharaka Nithi to support him come 2022 and be part of his government through Azimio La Umoja. 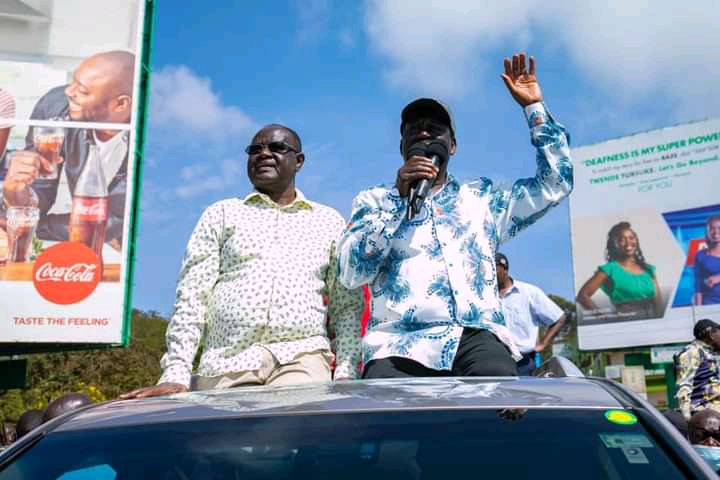 In the meeting, leaders in Tharaka Nithi have asked Odinga, to complete all the projects that were initiated by Jubilee government, but are yet to commence 9 years later. They also took issue with Deputy president William Ruto, claiming that he has been crossing the region only launching projects that are yet to commence. Siaya County senator Hounerable, James Orengo thanked people of Meru and Tharaka Nithi for standing with Baba during his tour, and promised more visits soon on the same Unity drive. He said that, Kenya is heading towards a direction that requires best leader and not just anyone who can speak.