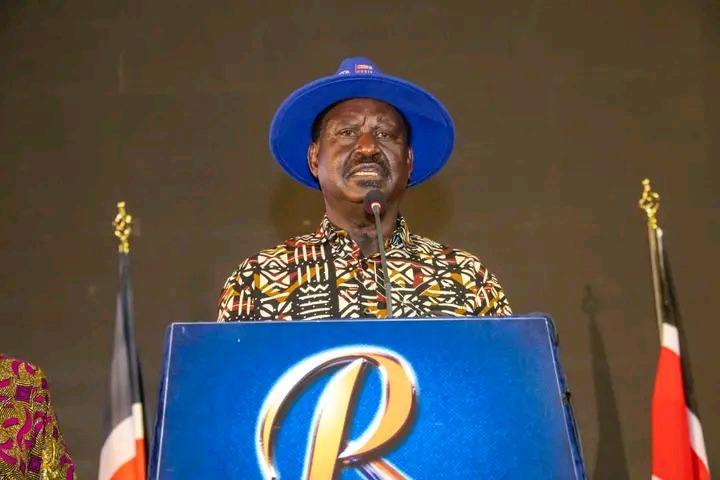 Just a day after IEBC chairman Wafula Chebukati declared Dp Ruto and Rigathi Gachagua as the President and Deputy President elect respectively, the Azimio Coalition flag bearer Raila Odinga has denied the presidential results as he promises to challenge the decision in the Supreme court.

Speaking during the Azimio briefing, Raila Odinga termed the figures announced by Chebukati as null and void as he promised to challenge the decision at the Supreme court.

This has attracted mixed reactions in the social media platforms with some kenyans asking Raila Odinga not to challenge Chebukati's announcement but consider retiring honourably because if the Supreme court rules against his move he will leave behind a poor legacy considering that he has always challenged presidential results from previous years. 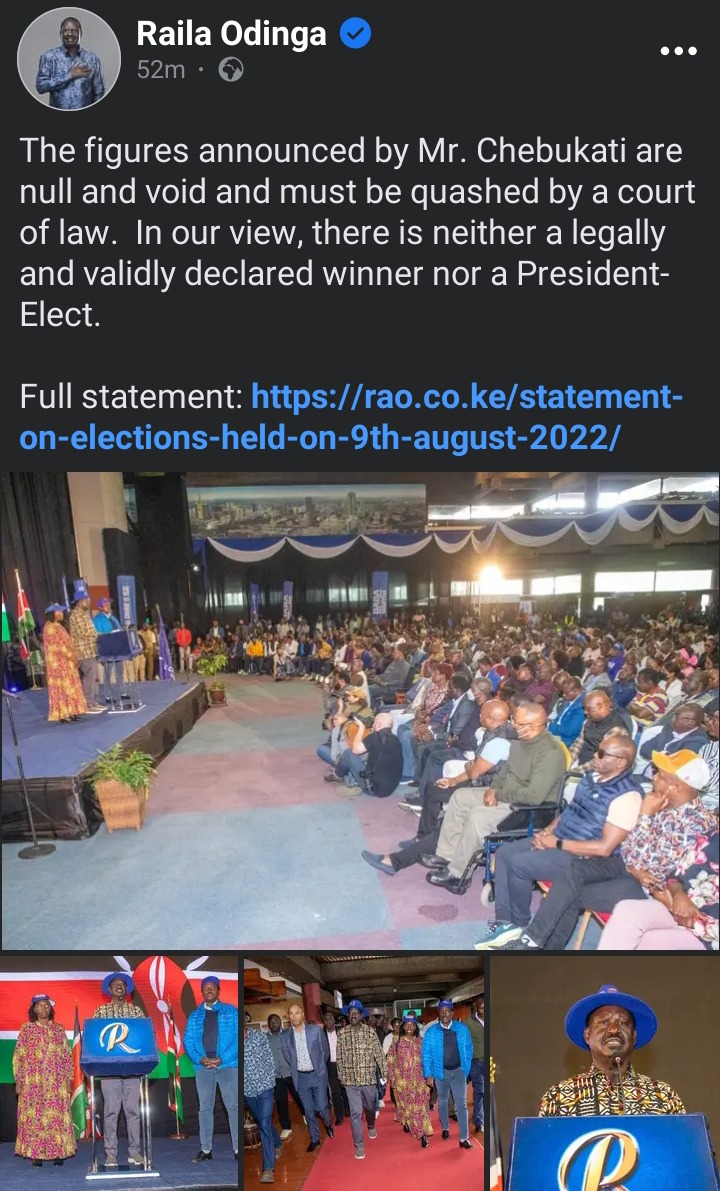 Others have called him to mentor and coach another leader from the Nyanza region who will take up his role as he heads to retirement who will act as an opposition for the time being so as to grow his fame before the 2027 general elections.

Below are some of the reactions from kenyans;

Clarius Kipkoech: Mzee was to go home honourably but the oath he is choosing will lead him to more suffering.

Collins Kiptoo Lagat: Same story every election!!! Even the BBI was a must for you.

Dickson Kandira Okicha: Back to where you belong, Opposition chief.

Below are more reactions. 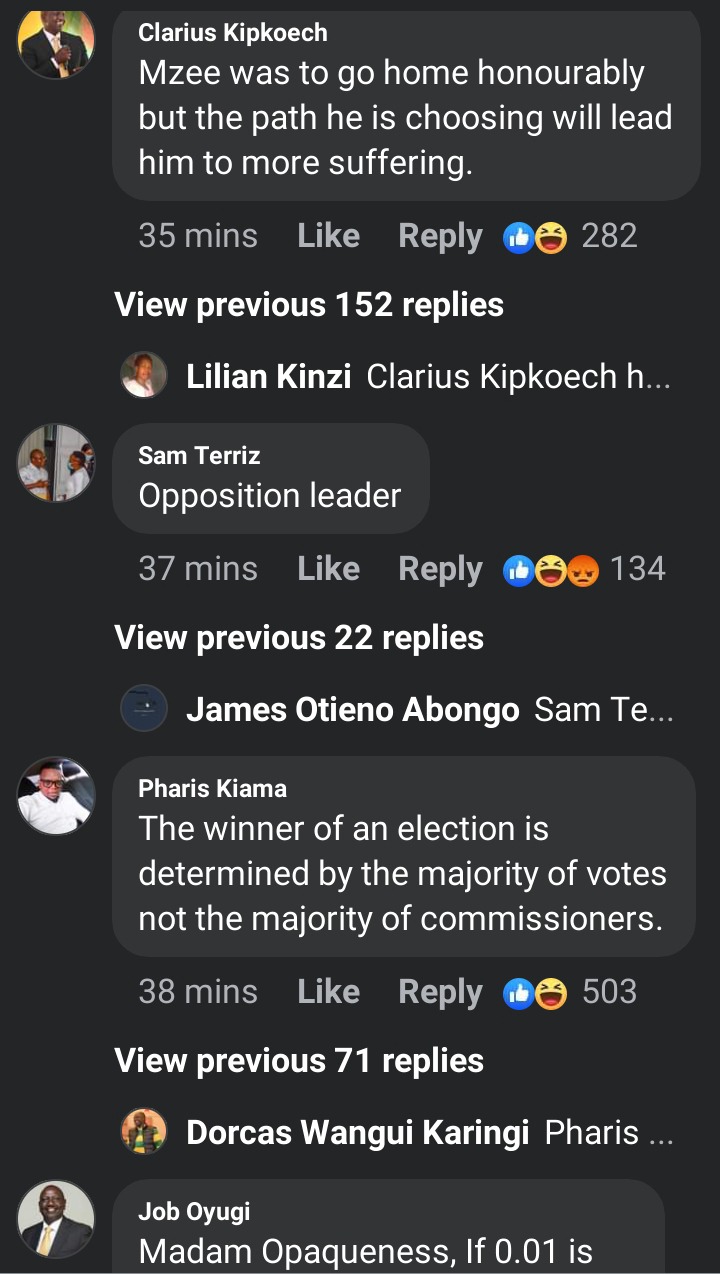 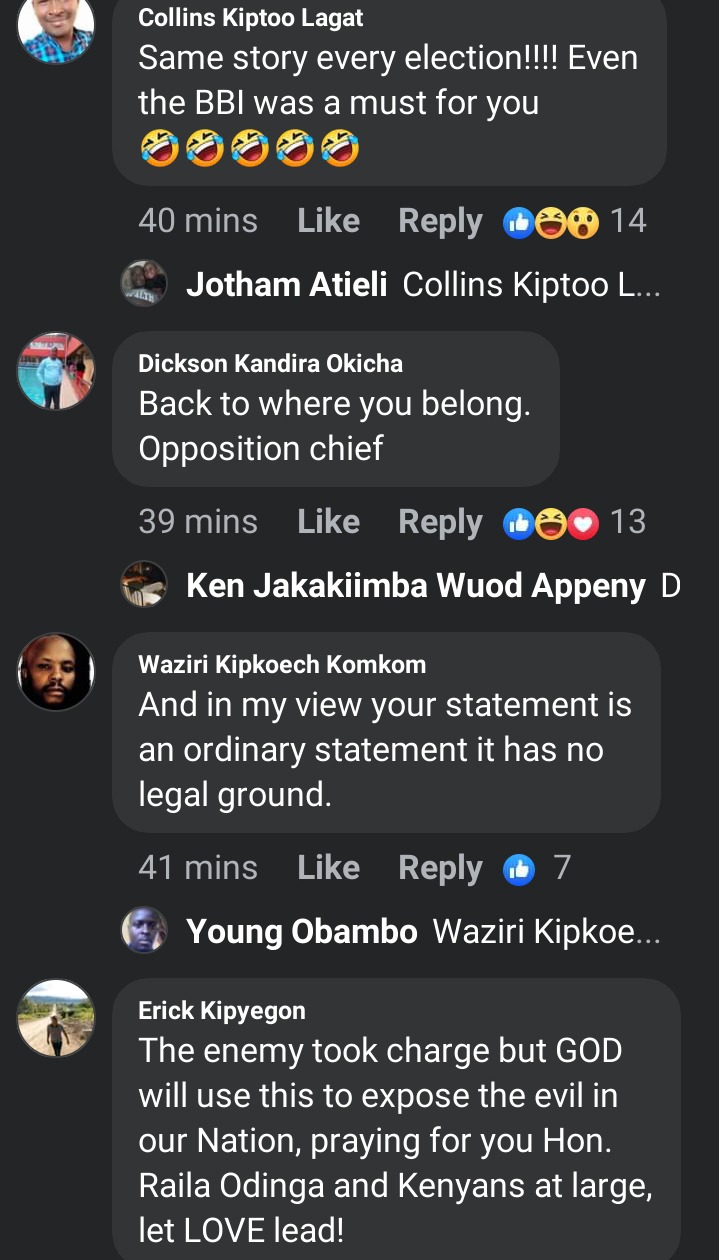 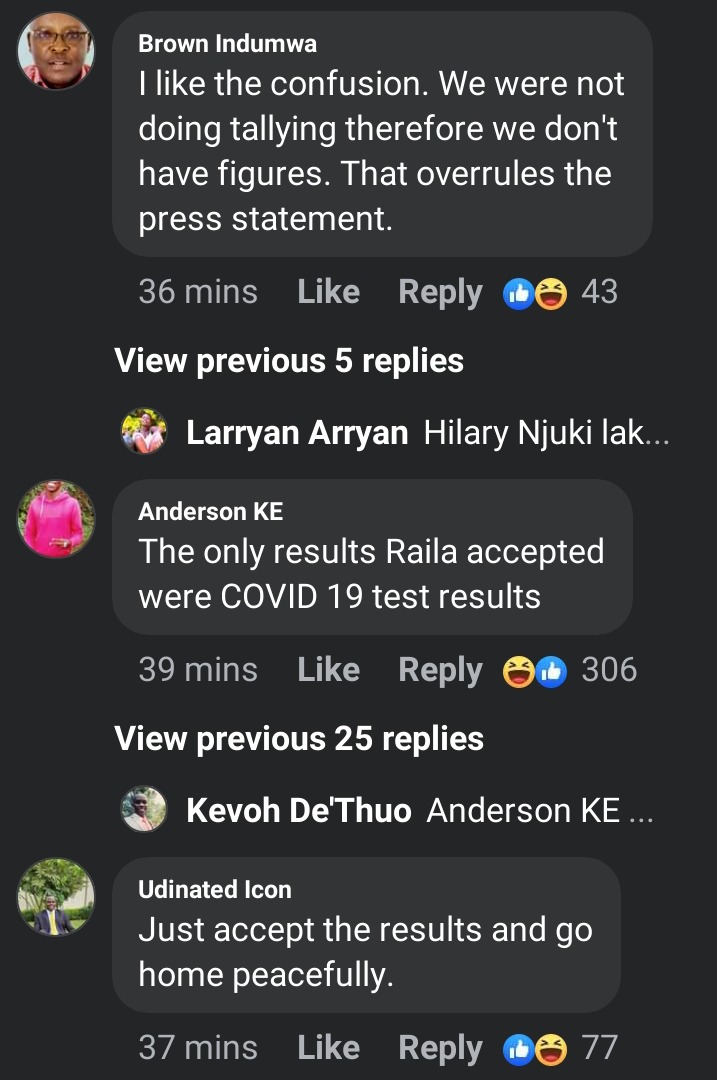 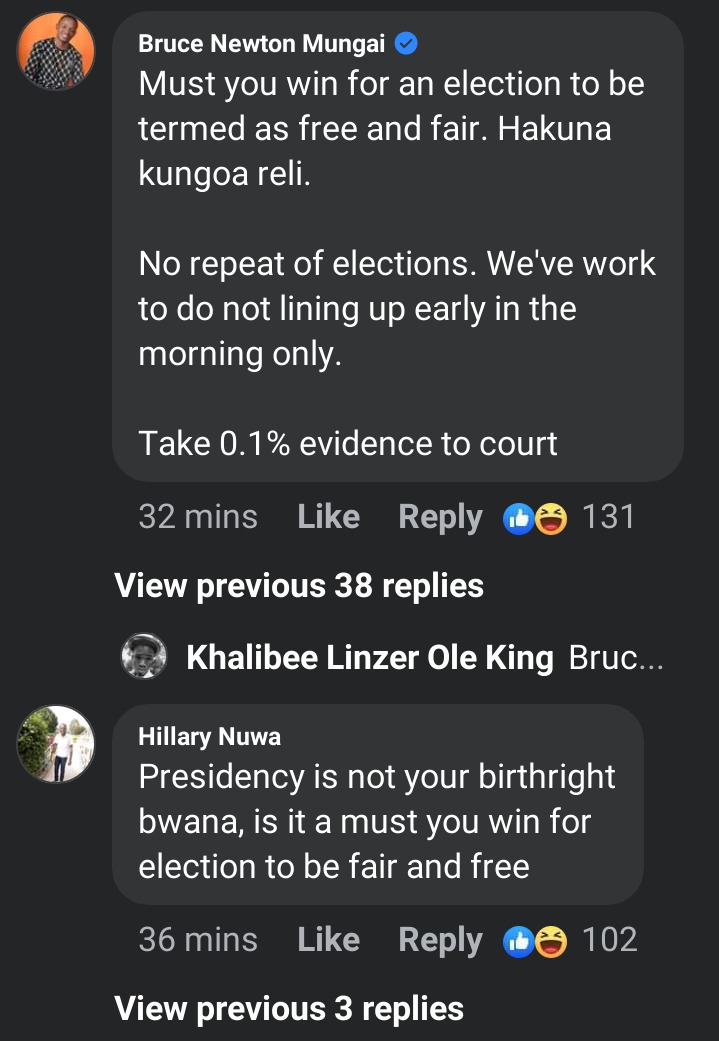