The Mathira Member of parliament hon Rigathi Gachagua has broken his silence after the heated debate over the remarks that were made by the Raila Odinga's Ally, Junet Mohammed in Kisii.

Junet found himself on the topic of discussion after he jokingly said that the upcoming Government which will be formed by the Orange Democratic Party leader Raila Odinga will be for the people of Nyanza.

He went ahead to say that since other regions like Central Kenya has already had a taste of Government, this particular one will be for the people of Nyanza. He even joked to Cabinet Secretary for Health Mutahi Kagwe that next time he visits Kisii will be a visitor.

On his side Rigathi said that there was nothing wrong with what Junet said because nothing new in his remarks claiming that they already know his boss Raila Odinga. But Rigathi said that what baffled him most was the fact that instead of guiding Junet not to say what he said, Mutahi Kagwe instead clapped.

" There was nothing wrong with what Junet Mohammed said, what baffled me is that Mutahi Kagwe who was sited behind just clapped instead of correcting him, that's the Only thing that left us shocked" Rigathi said. 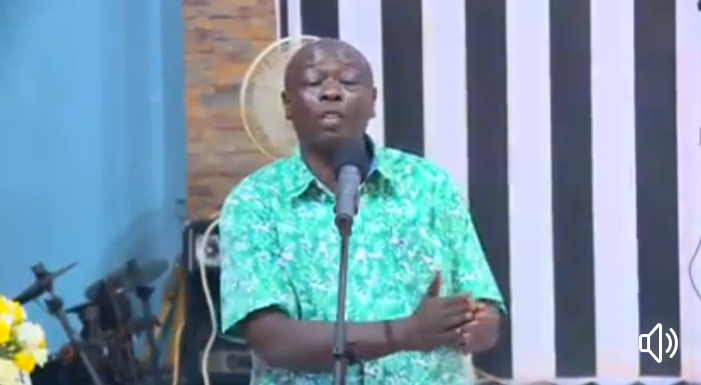