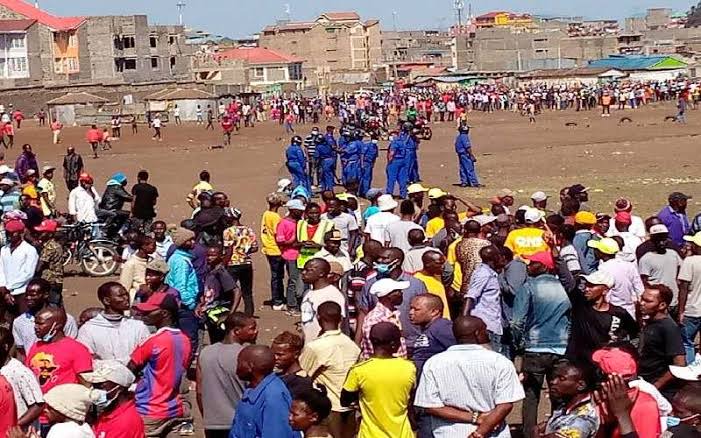 The deputy president's Jacaranda grounds rally which appeared to have been disrupted by the chaos have now taken a new twist as new details indicate an alarming unusual thing that was witnessed as the chaos erupted.

According to the images circulating in social media, reports have shown how the police watched as the citizens kicked off fights and stone-throwing at a rally that was being held by deputy president William Ruto. A specific image showed police officers idling instead of calming the chaos in the event.

The former prime minister Raila Odinga was quick in indicating that the deputy president William Ruto was the one behind the planned chaos at his rally so that he could start a war in his Rift Valley region. On the other side, William Ruto immediately blamed Raila Odinga for the chaos and stated that he should stop making youths engage in chaos to disturb his rallies.

She Tried to Force Me To Main Room; Heartbreaking as Lady Narrates What Saudi Arabia Boss Did to Her