By 5starFutbol (self media writer) | 2 months ago

Former Prime Minister raila odinga has one big as he has received support from one of the Rift Valley governors ahead of his 2022 General election presidential contest. This is after the governor by the name Lonyangapuo edorsed Raila for presidential seat in 2022. The governor is none other than West pokot Governor Lonyangapuo who has joined Raila Odinga in a Campaign rally in West pokot and welcomed him warmly in the region to drum up support for his 2022 presidential bid. 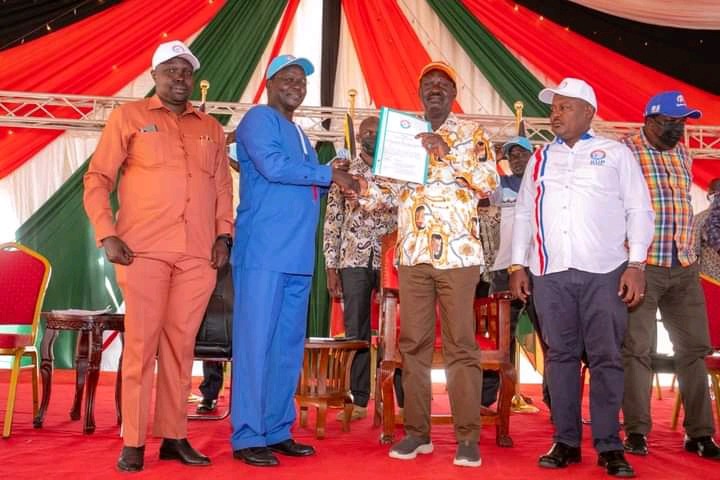 The news have been confirmed by Ruto's insider Mp Junet Mohamed who has thanked the Governor for welcoming him alongside the former Prime Minister. Junet Mohamed has confirmed in his official Facebook account that Lonyangapuo welcomed is Raila and thanked him saying the following. "West pokot county endorses one united and indivisible Kenya where all enjoy the nation's bounty peace and harmony. Asante Governor Lonyangapuo, Senate minority leader Samuel Poghisio, Pokot South Mp colleague Mp's and local leaders of the region".