By DMNews_Ke (self media writer) | 2 months ago 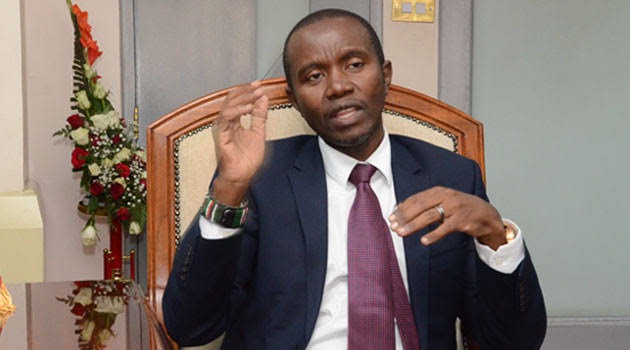 Information Technology Cabinet secretary Joe Mucheru has finally addressed on the alleged plan to shut down internet and media during next week's general election. This comes as the country is set to conduct general election on Tuesday, next week.

We are not shutting internet or media unless we have security or national issue," CS Joe Mucheru said 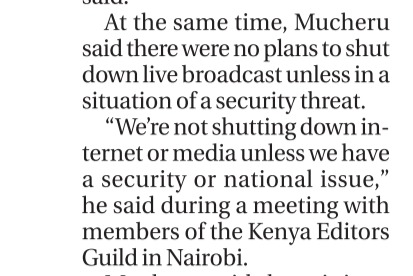 During a meeting with Members of the Kenya Editors Guild in Nairobi, Joe Mucheru exuded the confidence that the Election servers are safe and will not be opened unless theirs an authorization from court.

CS Joe Mucheru said that the state will not upgrade the network during next week's general election to interfer with the election process. The Ministry has further dismissed the allegations by Kenya Kwanza Alliance's camp that the government plan to temper with election.

Content created and supplied by: DMNews_Ke (via Opera News )