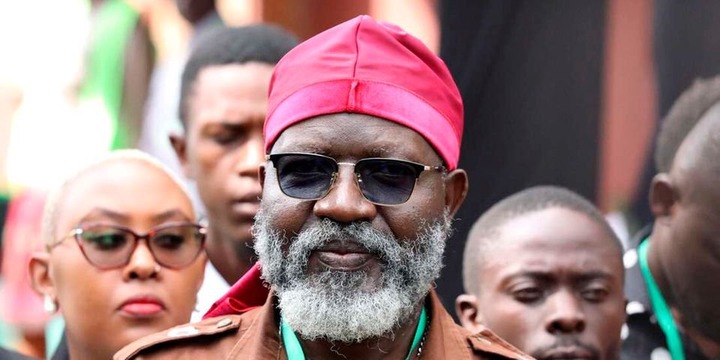 The Roots Party of Kenya presidential candidate George Wajackoyah has revealed details of a meeting he had with Deputy President William Ruto while responding to claims that he is inclined to Raila Odinga's presidential bid and might be his project.

In an interview on NTV's morning show AM Live on Wednesday, June 29, the first-time presidential contender noted that associating himself with the Azimio La Umoja One Kenya coalition presidential candidate did not mean that he was supporting his bid.

To that effect, he revealed the day he met Kenya Kwanza Alliance presidential candidate William Ruto and his wife Rachel at a hotel in Nairobi where the second in command asked him for his legal representation at the Hague.

"I met Ruto and his wife Rachel for lunch some years ago at the New Stanley hotel. Ruto wanted me to represent him at the Hague. Was that an issue?" He noted explaining that he ultimately turned down Ruto's request because he had other engagements.

He added that he was only trying to be tactical by mentioning Raila in his speech in Kisumu in order to be agreeable with the people of the area which is perceived to be the former Prime Minister's political bedrock and noted that he would do the same to Ruto if he went to Eldoret.

"You have to apply intelligence and logic in politics. When you are a soldier commanding your troops, you have to use any other means to be safe. You do not outshine your boss in his stronghold. I would have also done the same thing when in Eldoret," he elucidated.

Wajackoyah has previously also claimed that he was approached by a woman who wanted to give him 200 million to drop his presidential bid. An offer he blatantly turned down.