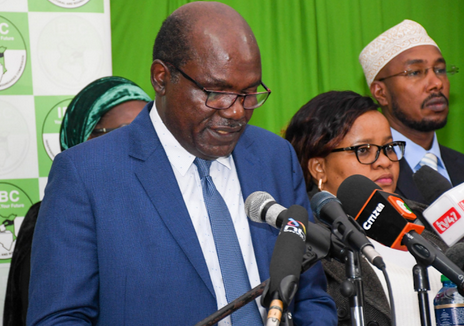 Reports have emerged that the Independent Electoral and Boundaries Commission Chairperson Wafula Chebukati is among key witnesses set to testify against the 4 commissioners of the poll agency, and who distanced themselves from the presidential results that showed that President William Ruto has won.

According to sources who hinted to NTV on Friday, Chebukati and the other two commissioners; Boya Molu and Abdi Guliye have since written sworn affidavits which will boost the 4 petitions seeking the ouster of the 4 commissioners; Irene Masit, Justus Nyang'aya, Francis Wanderi and Juliana Cherera.

The 4 petitioners accused the commissioners of abusing office, violating the constitution, attempting to subvert the will of Kenyans among other accusations.

Others who will join Chebukati, Molu and Guliye are staff of the commission.

The 4 descending commissioners have until December 19 to file their responses, before the proceedings start on December 20 with the first witness testifying against Irene Masit. 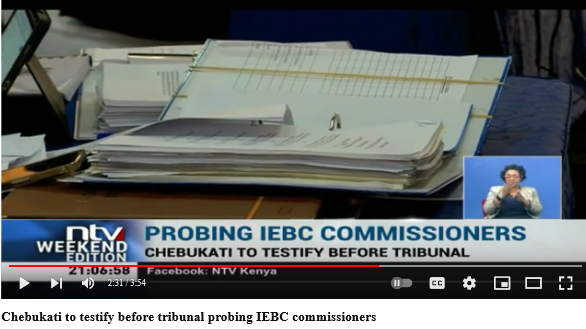 Despite three of the commissioners resigning from the poll agency after suspension from office by President William Ruto, the chairperson of the tribunal Justice Aggrey Muchelule said that each of the 4 had own appointment letters, took oaths of office individually and thus they will be investigated in their own capacities and not as a group, 'Cherera 4.'

The African Liberty Party, one of the petitioners have since asked the tribunal to advise President Ruto to form a commission of inquiry for the 3 commissioners who have resigned.