End Of An Era For Ex-Statehouse Controller Who Defied Ruto To Support Raila?

By VictordeEdnan (self media writer) | 22 days ago 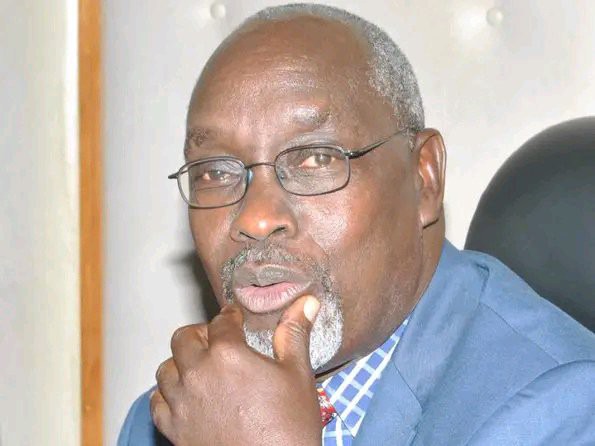 He was once a leading political voice in Rift Valley region politics. As one of the senior most politicians in the region in the Grand Coalition Government between President Mwai Kibaki and Prime Minister Raila Odinga, Franklin Bett wielded too much influence.

The death of the the then Bomet East MP and Roads Minister, Kipkalya Kones in a helicopter crash in 2008, officially elevated him to political stardom.

Appointed by Raila as Kones' replacement in the powerful Roads ministry, Bett was a new sheriff in town.

But following the fallout between the then Eldoret North MP William Ruto and Raila in the run up to the 2013 general election, Bett, a one-time State House Controller, would end up becoming one of the biggest casualties.

Sensing danger, he opted not to run for any elective position during the 2013 general election. Instead, he served as ODM elections board chairman.

In the run up to the 2017 poll, he ditched Raila and joined Deputy President Ruto's camp. He joined the race for Kericho Governor seat but lost during nominations. But in all this, his past "sins" haunted him as he always remained a marked man among the DP's supporters.

During the 2022 poll, he never ran for any political office. Is it a clear indicator that the former influential legislator has quietly opted to retire from politics?