Ruling Party UDA Floored In By Election, Gets Less Than 50 Votes

By NewsArena (self media writer) | 25 days ago 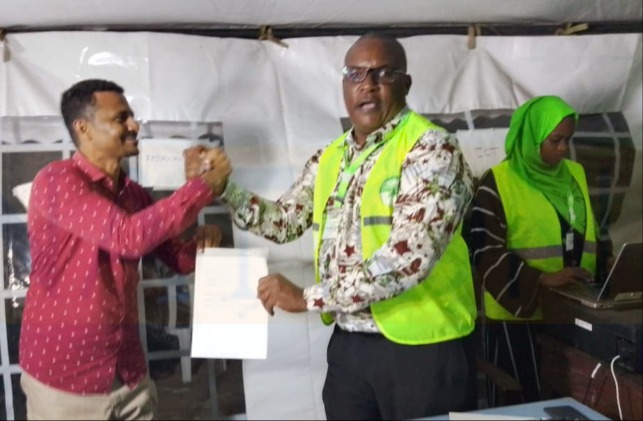 The Orange Democratic Movement, ODM has won the Shella by-election. Final results by the Independent Electoral and Boundaries Commission, IEBC have shown.

In second place was Mohamed Ali of the Amani National Congress, ANC which is led by Prime Cabinet Secretary Musalia Mudavadi. He garnered 573 votes.

Shella is a ward in Lamu county. It is one of the areas where elections are taking place in the country. Other areas are Kandara constituency in Murang'a county where the then Member of Parliament Alice Wahome got promoted to become the Water Cabinet Secretary and Elgeyo Marakwet county.

The MCA seat was declared vacant after Azhar Mbarak resigned after being elected the County Assembly Speaker post.

Also in the race was Nizar Mohamed of the United Green Movement.

Earlier in the day Mr. Atwaa Salim was accosted by rowdy youth who were tipped to be his opponent's supporters.

The attack happened at 1.30 PM when he was making his way out of the polling station after voting. He was gravely injured after the ordeal.

The Lamu Central OCPD Geoffrey Osanane confirmed the incident and asked locals to tolerate each other's political views. He added that police officers were looking for the perpetrators of the incident.

"We are looking for the culprits who are on the run. No one has been arrested so far but I appeal to the voters to be peaceful," he said on Thursday afternoon.