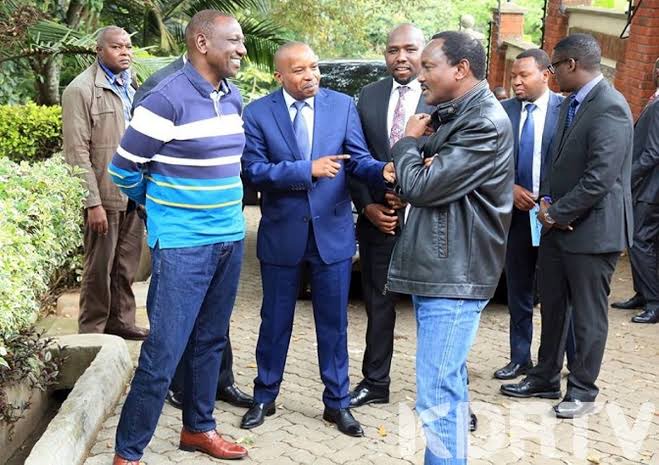 According to political commentator Albert Amenya, ODM leader Raila Odinga has no business picking his running mate from the Mt Kenya region.

Raila, a presidential candidate in 2022, has been rumored to be considering appointing a deputy from the region in order to garner some of the region's support.

However, Amenya cautions him against making this mistake, advising him to only approach the region with promises and hope for the best.

According to him, the region is still largely in the hands of Deputy President William Ruto, which is why no local politician wants to run for the ODM ticket while others fight for Ruto's UDA ticket.

"Raila's choice of a Kikuyu running mate will have little effect. Raila cannot wish Kalonzo (Musyoka) away "According to an article in The Star, he says.

Raila needs to go back to his former allies, particularly Wiper leader, apologize to him, and ask him to be his deputy once more.

He warns that if this does not happen quickly, the former Vice President may form a coalition with Ruto and defeat Raila in the first round.

Raila has a better offer in Kalonzo, he believes, than ANC leader Musalia Mudavadi, whose Western backyard is known to scatter votes.

But his remark comes at a time when things between Raila and Kalonzo are tense, after Kalonzo split with Odinga, saying he would never support him again after endorsing him twice.

Despite reports that President Uhuru Kenyatta was pressuring him to drop his bid and support Raila, he has declared his own presidential candidacy. Mudavadi has reportedly been subjected to the same treatment by Uhuru. 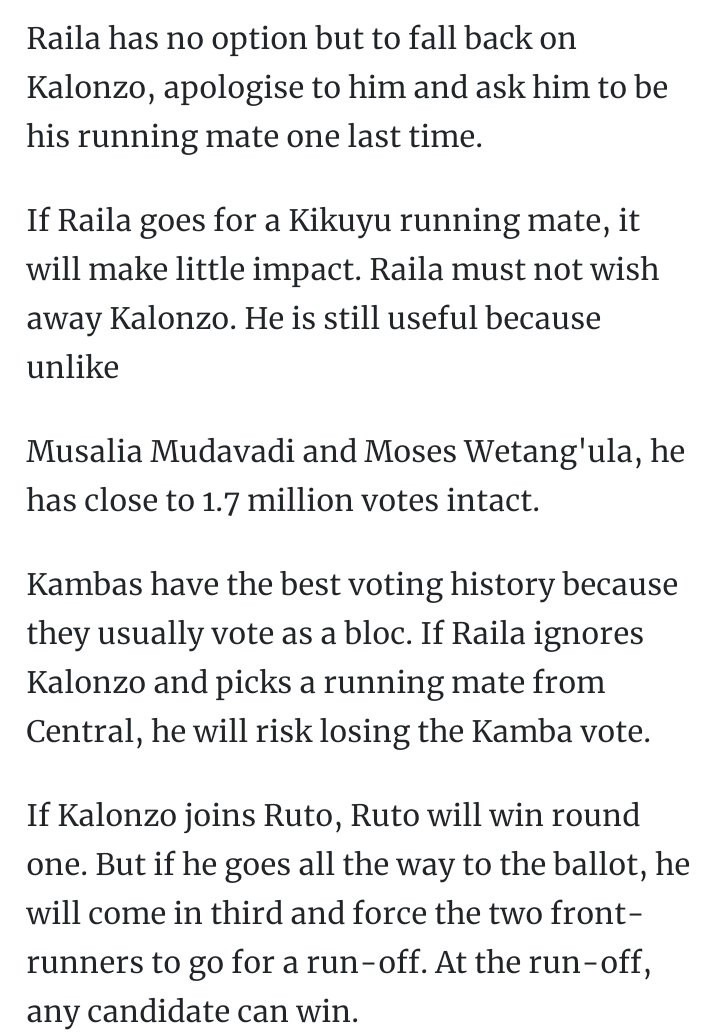 Atwoli Calls Out The Star Over Recent Poll, Claims by August Raila Will Lead by More Than 58%