By NewsNow.Ke (self media writer) | 4 months ago 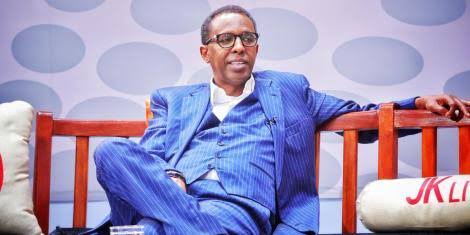 President Kenyatta and his Deputy President are expected to fight it out in the 2022 general election. It is widely known that Ruto will not be President Kenyatta's choice in 2022, and that he will work to prevent him from taking power.

According to lawyer Ahmed Abdulnassir, President Kenyatta can prevent Ruto from becoming Prime Minister if he can persuade Musalia Mudavadi and Kalonzo Musyoka to forgo their ambitions in favor of former Prime Minister Rt Hon Raila Odinga.

Musalia has stated unequivocally that he does not support Raila Odinga or the idea of recreating NASA. Several agreements, he claims, have gone unfulfilled. 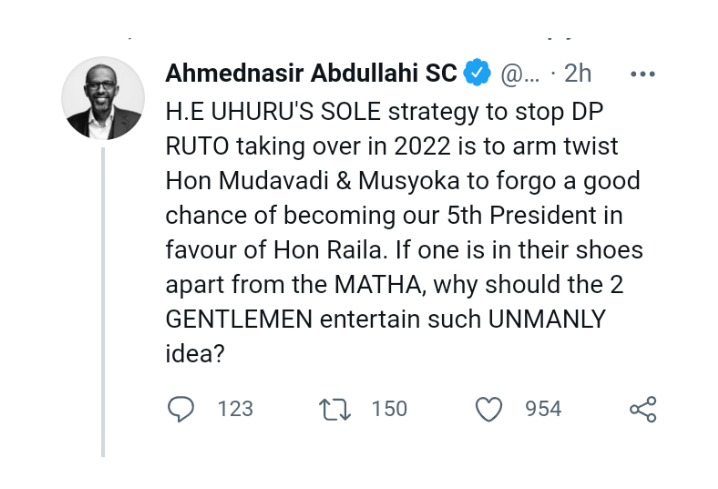 We noticed a political rivalry between Raila Odinga and Kalonzo Musyoka when President Kenyatta visited Ukambani recently. According to MPs connected with the Wiper party, Raila was not invited to accompany the president on his tour.

Between Raila, Ruto, Musalia, and Kalonzo, who would you vote for? Let us know what you think in the comments area.

Content created and supplied by: NewsNow.Ke (via Opera News )