"No One Can Convince Me Handshake Is Good, I Lost My Position In Jubilee Because Of It," Says Soy Mp 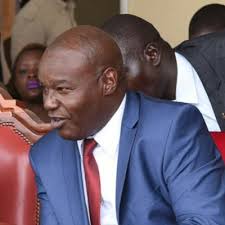 The Soy lawmaker Caleb Kositany today said that the much publicised Handshake between the former prime minister Raila Odinga and President Uhuru Kenyatta had caused more harm to leaders in the ruling party and thus to him there was nothing to be happy of.

He went on to add that he lost his position in the party because of the witch hunt by a section of some people in the leadership of the party. He noted that his tribulations began when he aligned with Dp who plans to vie for presidential seat in the coming general election. 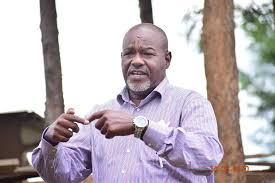 He proceeded to say the only leader in the jubilee party agreement between Uhuru and Ruto on the dream to unity Kenyans and preach peace through out the country that had lived to the agreement was the Dp. He noted that Raila came to disorganize the ruling party and taht was why there were a lot of division.

Kositany further noted that it was very wrong for the country to be subjected to a change of constitution just because of one leader in the name of Raila. He said that the ODM leader only wanted to push his agenda of ascending into power through the document.

Opinion: Bible Verses Every Christian Should Read And Interpret Well

A Train Kills a Middle Aged Man In Kitengela

Kuria Reveals Why They Are Negotiating With Ruto and Not Raila