The Information has leaked on how Uhuru Kenyatta is downplaying Raila Odinga in Mount Kenya. 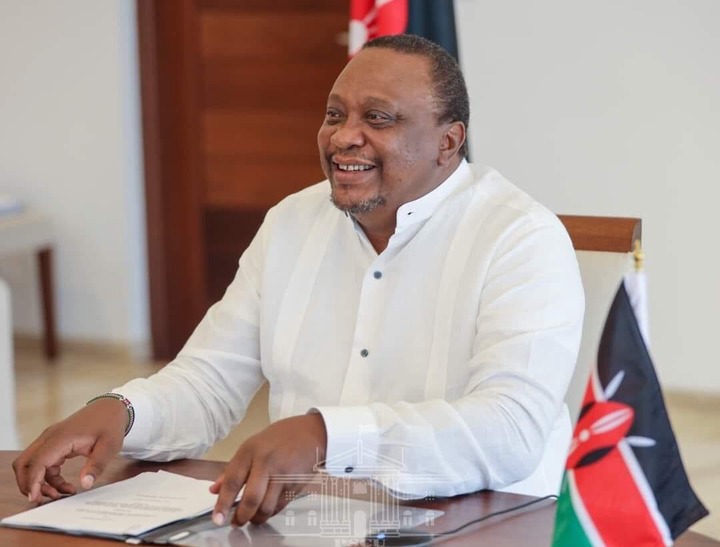 Kenya Kwanza leaders are now asserting that President Uhuru Kenyatta has deserted Raila Odinga of Azimio la Umoja One Kenya despite vowing to support him during the campaigns in Central Kenya.

Speaking to a crowd on Sunday in Mtomondoni Township, Kilifi County, they said that President Uhuru Kenyatta had abandoned Mr. Odinga to battle on his own for support in Mount Kenya.

Following their handshake in March 2018, the ANC leader said that Mr. Odinga and Mr. Kenyatta expelled Deputy President William Ruto from the administration.

In his prediction that he would defeat Mr. Odinga in the August elections, Dr. Ruto called Mr. Odinga a "deep state" project. The DP claimed that since Mr. Odinga had lost numerous elections, he had nothing fresh to offer Kenyans.

The DP expressed confidence that Kenya Kwanza would form the following administration. The decision, he declared, "will be determined by the people."

The Kenya Kwanza Alliance urged Kenyans to choose Dr. Ruto as the country's fifth president, arguing that he has accomplished more during the Jubilee administration than Mr. Odinga did during his time as prime minister. 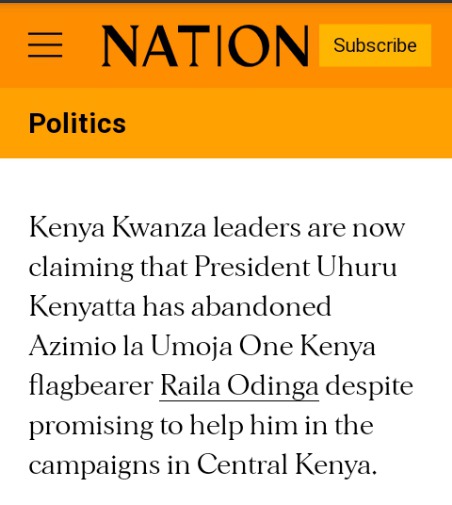 After the handshake, Mr. Odinga according to the DP, frustrated the Big Four agenda which he vowed to revive. He claimed that the handshake's failure to achieve economic objectives is the cause of the high cost of living.

Kalonzo Delivers This Message To Voters Moments After Casting His Vote

JUST IN: Police Give Current Situation in Rift Valley as Kenyans Line up to Vote [Photos]

Charity Ngilu's Names Appear On Ballot Despite Withdrawing, Voters Told What To Do