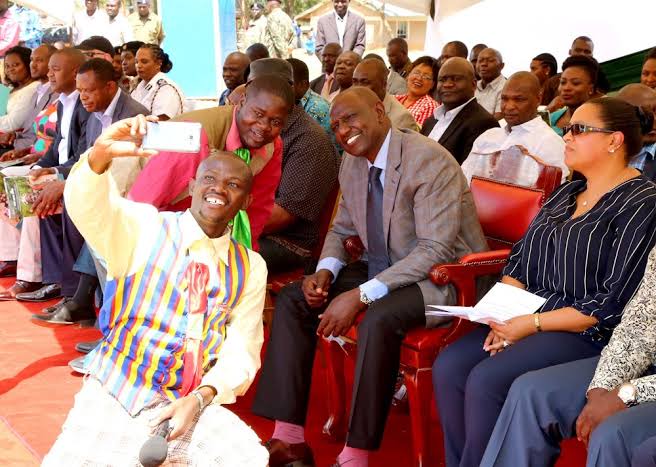 Kakamega Senator Cleophas Malala has been exposed as Amani National Congress Party informs what he has been secretly doing in favor of Deputy President William Ruto.

In a report via the Nation, Amani National Congress Deputy Party Leader Ayub Savula has informed that Senator Cleophas Malala has been operating as a gun of hire aiming at creating divisions within the One Kenya Alliance.

The Lugari MP has said that Senator Malala's engagement in a vicious war with Kalonzo and Moi as seen lately has no good intention but to ensure that DP Ruto has a space of influence terming it "cheap politics."

According to the Amani National Congress Deputy Party Leader, he has said that Senator Cleophas Malala has been pushing Musalia Mudavadi to unite with DP Ruto a move that the ANC they are avoiding.

Making it clear that "Musalia will pursue his 2022 political plans within Oka."

However, speaking to the Star, Kakamega Senator Cleophas Malala has said that what he is bitter about is to see Kalonzo and Moi engage Raila Odinga in their key meetings even as their parties endorse them for the country's top seat.

In what he has termed as betrayal, the Kakamega Senator has threatened that should Kalonzo and Moi continue with what they are doing, then, he will have no choice but to exit the OKA stating that he will not be deceived to support Raila Odinga's bid.

“When you invite an opponent, what is your game plan? It is like a wife in a marriage who is secretly seeing another man. We must get serious,” Malala said threatening to ditch the outfit if it endorses Raila.

"I will desert the outfit at the earliest opportunity," Malala added.