By TimingNowKE (self media writer) | 12 days ago

United Democratic Alliance affiliated to Deputy President William Ruto has continued with the campaigns in Nguu/Masumba ward, Makueni county ahead of upcoming by-election later this month. 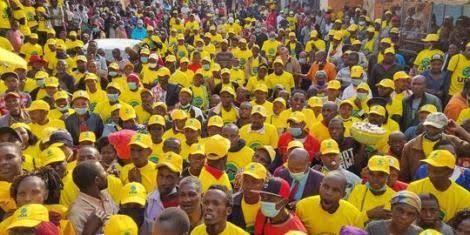 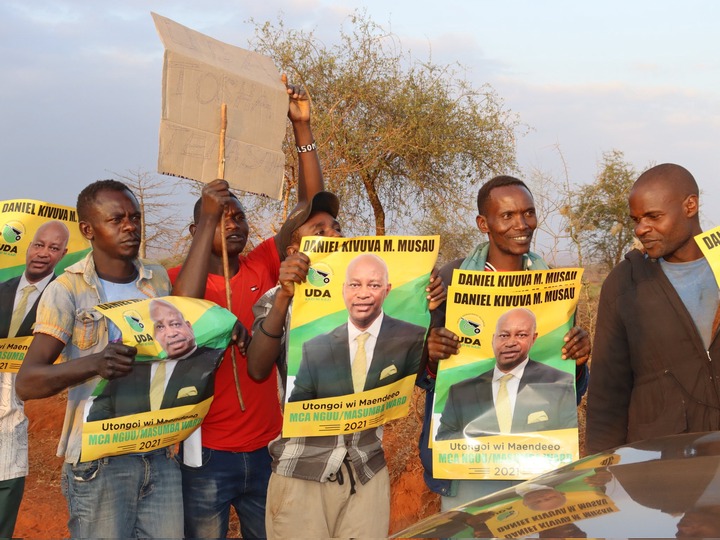 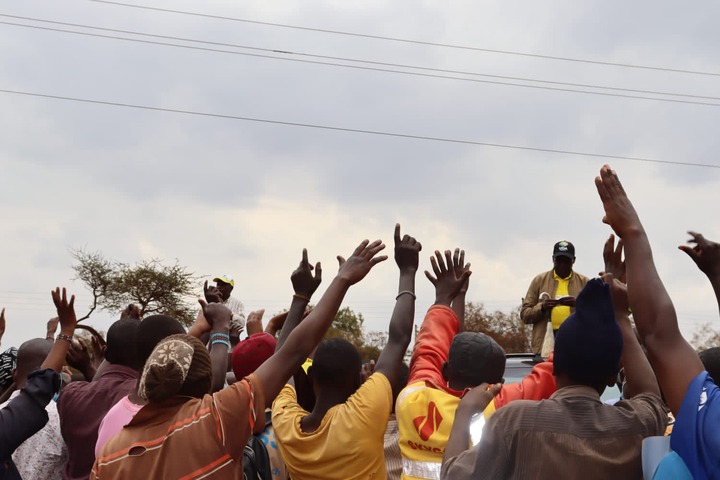 The vocal ex Machakos Senator was accompanied by Hon. Victor Munyaka, Hon. Kaindi and Daniel Musau among few others as they attended a church service at Good News Church of Africa and later at a catholic church within the where the UDA aspirant seeks to be the next MCA. 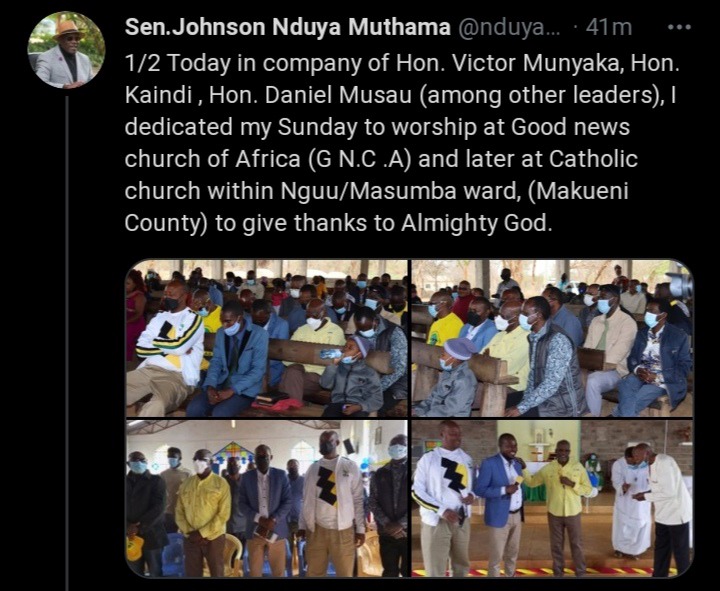 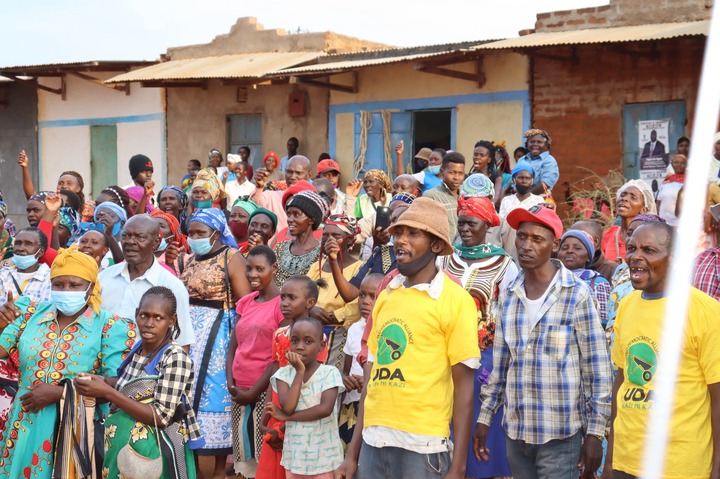 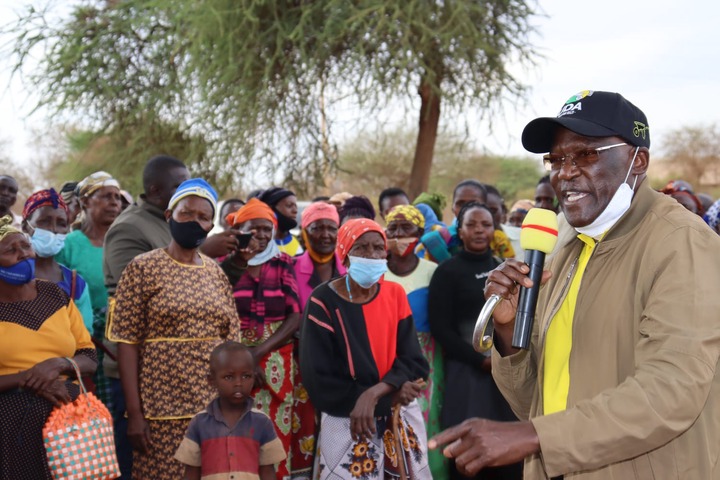 Earlier, Muthama led the UDA brigade in the Nguu/Masumba ward where participated in a meet-the-people tour.

The vibrant UDA supporter described a section of the residents who he met as die-hard supporters of the party citing that they're are ready to vote Daniel Musau as the next MCA in the ward in Makueni county.

"During my meet the people tour of Nguu/Masumba Ward Makueni County. I had the opportunity to mingle with jubilant hustlers and UDA die-hard supporters who are upbeat to Hon. Daniel Musau." Muthama has said via his twitter account. 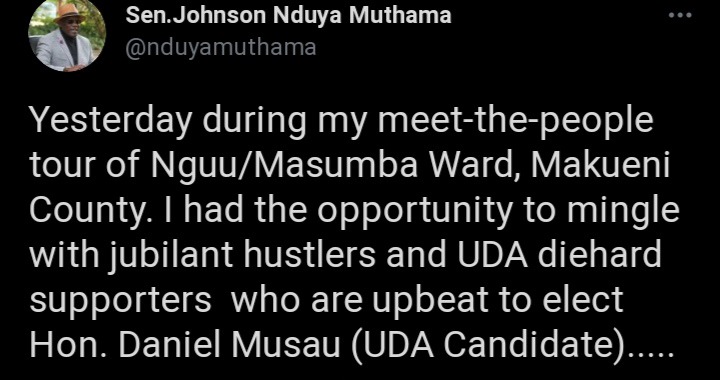 With the polls set for later this month, the seat fell vacant in June following Harris Ngui’s death in a road accident on Mombasa-Nairobi highway.