Raila Wants To Be Kenya's 5th President Because He Had Suffered In The Past; Muthama Rebukes Raila 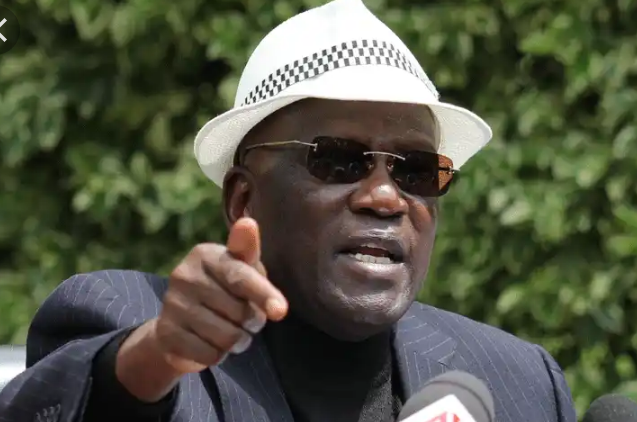 This was after the former Prime Minister appeared to have told the vote-rich Mt Kenya region to repay him for endorsing retired President Mwai Kibaki in the 2002 General Election.

In a series of tweets, Muthama, who is the United Democratic Alliance (UDA) chairman, wondered why Raila thinks he should get the presidency because he has suffered more than any other politician in Kenya.

“Raila Odinga wants to be Kenya’s 5th President simply because he had suffered in the past. Wrong Move.

“The presidency is not a reward system. Suffering is not a leadership qualification.”

“No wonder during Mashujaa Day he was reminding us of the debt the Mount Kenya people owe him,” Muthama said.

Muthama instead drummed up support for Deputy President William Ruto, saying that he is the best candidate to succeed retiring President Uhuru Kenyatta.

He noted that Ruto has the desire for social-economic change and that he will not only guard the country’s sovereignty but will also protect its borders.

“William Ruto’s speech dwelled on his desire for social change, economic revival, and promotion of equitable living for all Kenyans. “Our desire is to have a President who is ready to guard our sovereignty as a nation and protect our borders,” went on the former Machakos county senator.

Muthama’s remarks come barely a day after the deputy president assured his boss that the country will be in safer hands should the hustler nation form the next government.