According to the reports given by a reliable source of information, it has been revealed that a 22-year-old who allegedly campaigned using a borrowed donkey in Nakuru won the elections. 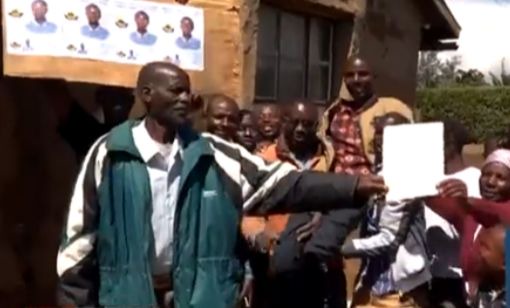 In a news report that has been shared by a reliable source of information, it has been revealed that the politician who has been identified as George Nene won the position of the member of county assembly in Elementaita

According to the reports given by George, he claimed that he was shocked after receiving news that he had actually won. The now renowned politician has claimed that he is happy to be in his position adding that he is ready to serve.

This is happening at the same time when the former prime Minister of Kenya and Orange Democratic Movement party leader, hon orable Raila Odinga has gone to the Supreme Court to challenge Ruto's Alleged win.

While reacting to this incident, kenyans who took to their different social media accounts to express their opinions and suggestions on the matter have congratulated the man claiming that his dreams and hard work paid off.

According to the reports given by most Kenyans, they called upon the former prime Minister of Kenya to head home due to the fact that he has fought for this country adding that him losing to Ruto will never change the position he holds i the country. 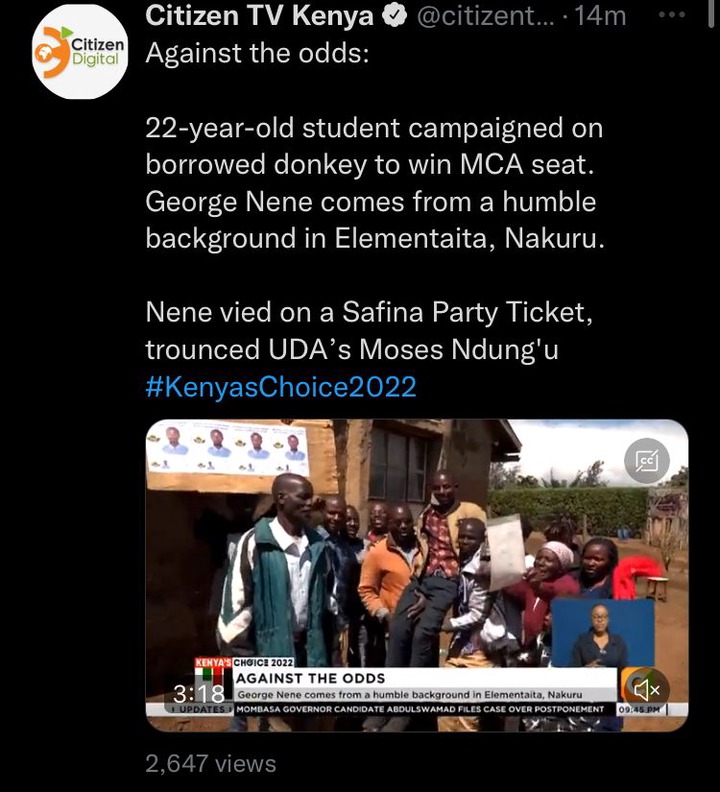