By Ukambanibreakingnews (self media writer) | 3 months ago

Senator Malala was said this sentiments during a live interview at NTV television. Malala also said that party leader is prepared to join Azimio La Umoja movement provided that Raila Odinga steps down in favour of him. 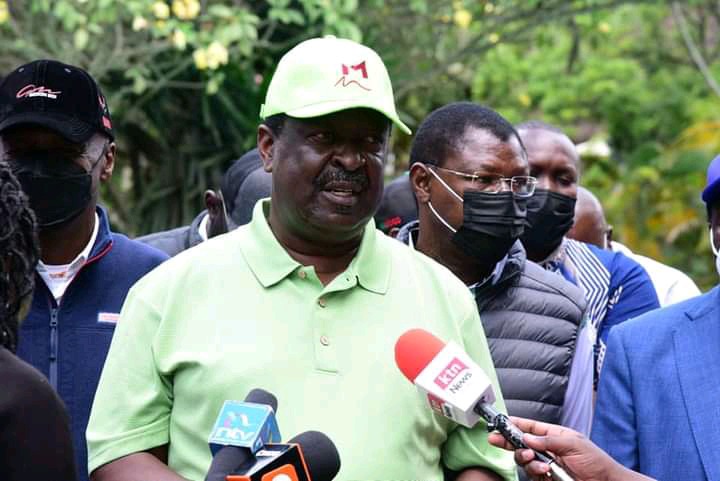 " The ANC party will only form a coalition with the presidential partners who will support the candidature of our party leader Musalia Mudavadi. Anything short of that tukutane kwa debe" wrote ANC secretary general Simon Gikuru Kamau on his official Facebook page. 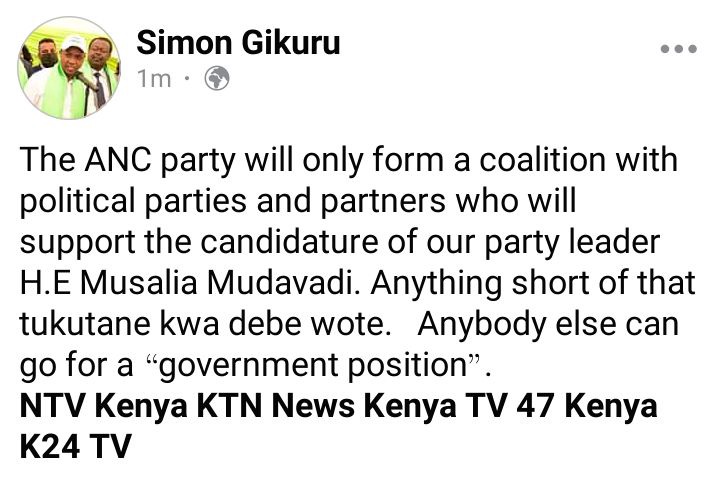 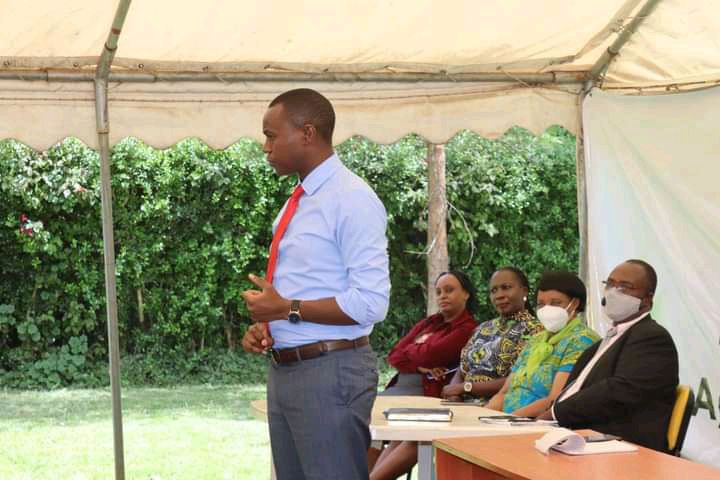 " Anybody else can go for the government position" added ANC secretary general Simon Gikuru Kamau.

Musalia Mudavadi is yet to publicly announced his presidential bid. The party leader is set to make a mega political announcement during the party's national delegates conference on Sunday this week at Kasarani auditorium.