By NRMedia (self media writer) | 10 days ago Months after the name of former State House Digital Strategist Dennis Itumbi failed to appear in the list of powerful individuals appointed to different posts in Ruto's government, DP Rigathi Gachagua has introduced him and the post he holds in the State House.

Speaking on Sunday in Kirinyaga during a Sunday Service, DP Gachagua, introduced leaders from the region who are working in State House and Karen as Ruto's communications team.

He went ahead to introduce Dennis Itumbi saying he holds a very powerful post in Ruto's circles despite not having an official post. He hailed Itumbi terming him as a powerful engine behind their success in the August 9, polls.

According to Gachagua, Itumbi is Ruto's right-hand man whose office is called "Come here Go There" in the State House. He said he is behind all State House functions and coordination

"His office is called come here go there, he is Ruto's right-hand man and a very powerful person in State House and plans all inside works that take place in the state house despite not having an official office," he said 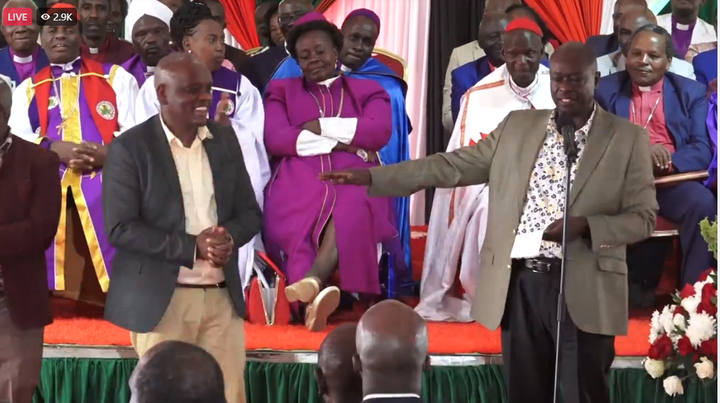 He hailed Itumbiclaiming he survived the most awful suicide attempt by former PS Kibicho and powerful forces in former President Uhuru's government.

"Kinoti had called for his arrest and was nearly killed, police were asking themselves how they should kill him, took him to the container in Upper Hill, Aberdare forest for hyenas to kill and feast on him, others said let us take him to River Yala but God was with him" added Gachagua.

He said it is only the power of social media that saved Itumbi from the jaws of death.

"Social media saved him, Kinoti asked for his release, Bishops we are talking about forgiveness but there are others who are so difficult to forgive and forget, Ruto has forgiven but for me, I have been a hard person to convince" stated DP Gachagua

Gachagua also asked for Ruto's support when dealing with coffee, tea and rice cartels saying they are so dangerous and have even gone ahead to pay the media to taint their names.