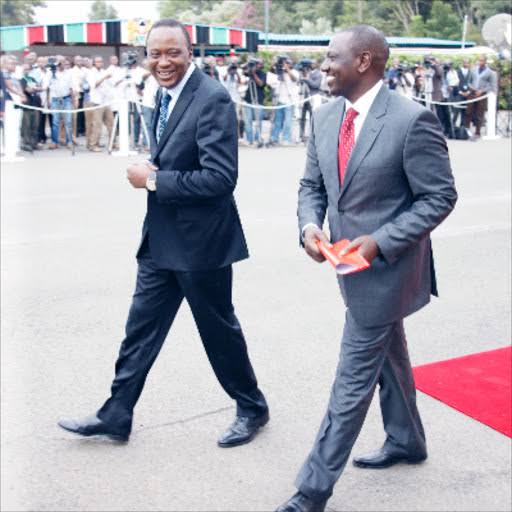 Uhuru picked Deputy President William Ruto, with whom he proceeded to secure his first and second term in office. But Ajuok, now says that it is because of the mess by the intelligence body and security agencies that President Uhuru is finding it impossible to exist agreeably with Ruto.

This comes at a time when the two have fallen out, with Ruto even proceeding to raid Uhuru's Mt Kenya backyard and taking away his allies.

Through an Article written on the Star Newspaper Publications, Ajuok is of the opinion that it was the job of the agencies to do a background check on Ruto before allowing his ticket with Uhuru, since Uhuru was former President Mwai Kibaki's regime's preffered successor.He added that it's possible the agencies warned Uhuru Kenyatta about the difficulties that would befall him if he worked with Ruto but he ignored them.

"As the outgoing regime’s favourite candidate, he should, in fact, question the intelligence and security services for allowing such a ticket to pass,"

He believes that it is almost impossible that as an aspirant approved by the state was not allowed to know about the intelligence's findings on what Ruto was able to turn into in the near future.

This is as he thinks that there are many people like ANC leader Musalia Mudavadi and Wiper party's Kalonzo Musyoka, who would have willingly joined Uhuru in the presidential ticket and wouldn't have stressed him as Ruto is currently doing.

"If Nyandarua Governor Francis Kimemia’s words are to be believed, and he as “deep state” as anyone has ever been, the system does push its candidate over the line, and could have done so for an Uhuru-Musalia, Uhuru-Kalonzo or even Uhuru-Gideon Moi ticket," he added in the article.

Ruto is now addressing Uhuru as one of the rich men trying to force leaders on Kenyans, after Uhuru backed out of his earlier promise to endorse him. 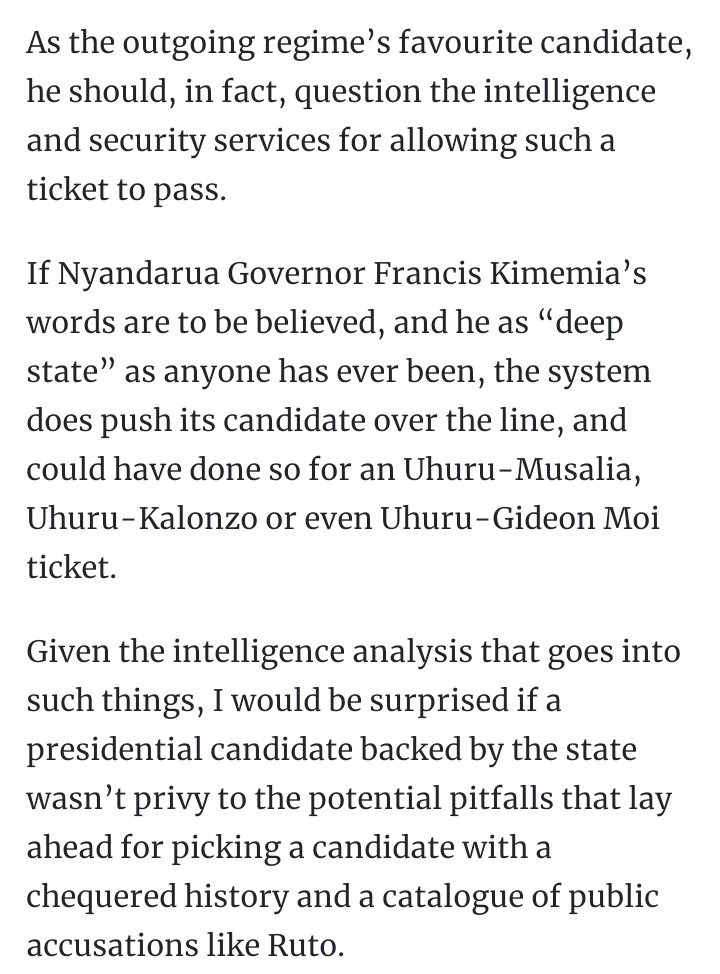