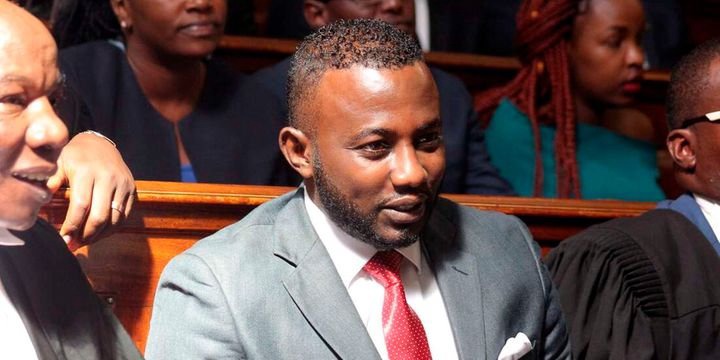 Lamu Senator Anwar Loitiptip is alleged to have harrased and kicked a man identified as Francis Mugo. The incident is reported to have happened at Manda Airport Jetty on Tuesday evening a few minutes after Depity President Ruto left the county for Nairobi. DP Ruto had visited Lamu to drum up his bottom up economy approach method.

Mr Mugo is said to have been injured on the right hand, left eye and hip bone. Senator Loitiptip is said to have broken Mugo's eyeglasses, snatched his mobile phone before trying the throw him into Indian Ocean. Francis Mugo who is a father of three and resident of Mpeketoni in Lamu West has declared interest in running for Lamu Senatorial seat flagging UDA ticket come 2022 general elections. 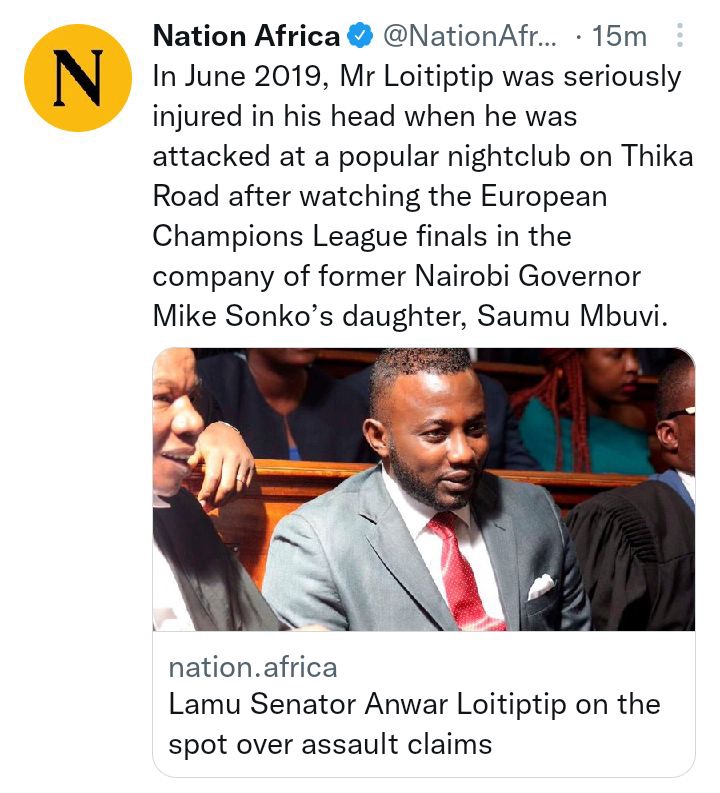 Francis now walks with a bandaged hand as he received treatment and later discharged from Mpeketoni Sub_County Hospital and King Fahad County Hospital. He reported the matter to Lamu Central Police Station on OB Number 26/19/10/2021. Lamu County Police Commander, Moses Muriithi, has confirmed the incident saying they have commenced investigations on the same. Senator Anwar Loitiptip has dismissed the reports terming them fake, malicious and incorrect.

In June 2019, the legislator was involved in an altercation where he was seriously injured as he was watching European Champions League Finals in Thika Road nightclub enjoying the company of Mike Sonko's daughter, Saumu Mbuvi. He is said to have been rescuing Saumu Mbuvi from a man who attacked her as she was in the washrooms. The man reiterated with great reinforcement such as clubs and crude weapons and beat him mercilessly.