With about seven months to August ninth general elections,Kenya is continuing to witness and experience beehive of political events.The political class is in last minute chase to ensure that victory come their way in the forthcoming polls.The most talked about and egerly awaited contest is the presidential race. 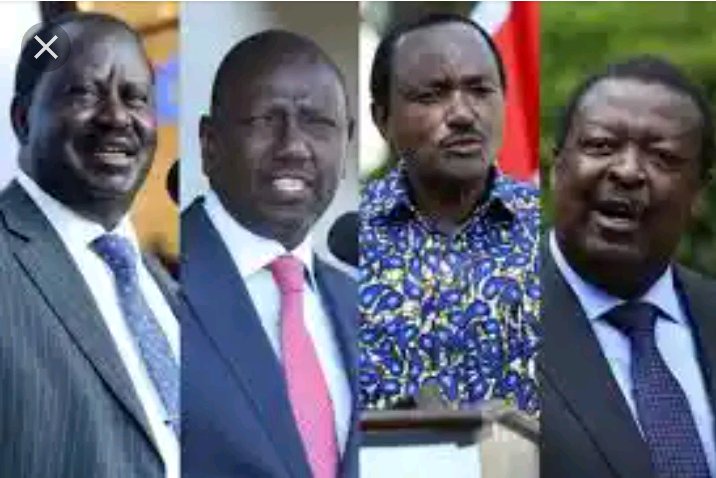 Key political Bigwigs have thrown themselves into the ring to battle it out in a bid to succeed President Uhuru Muigai Kenyatta when he finally hangs his boots as per the dictates and stipulation of the Constitution.

With Deputy President William Samoei Ruto and ODM party leader Raila Amolo Odinga being viewed as the two fiercest contenders as far as the presidential race is concerned,the duo are expected to face off in a fierce tussle alongside other contenders.

With the latest opinion polls putting the duo at the forefront,it is quite unclear to come to precise conclusion on the obvious winner of the forthcoming presidential contest.The inconsistent outcome of various polls in the recent past has clearly shown that the final realignments and the choice of running mate would highly play a pivotal role on to whom would emerge as the fifth President of Kenya. 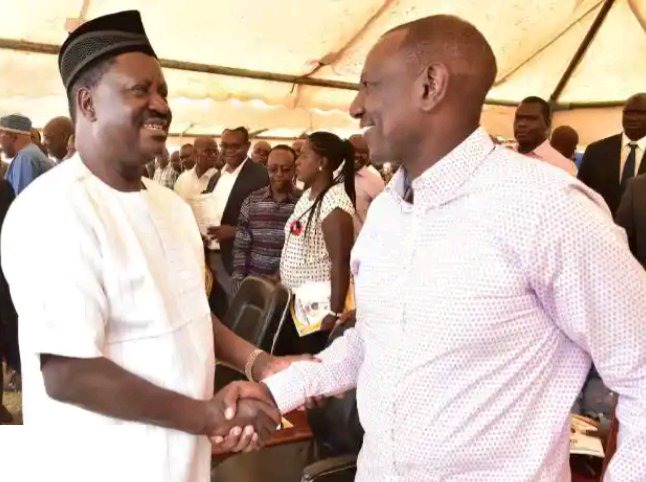 An online poll conducted by 360 Live Polls on the popularity of top four presidential Contenders in Mount Kenya region on Friday 21st has indicated that Deputy President William Ruto still enjoys majority of the support from the residents therein.

As per the poll,Ruto enjoys the backing of 59.3% as per the respondents followed by Raila at 33.8%.Amani National Congress Party Leader Wycliffe Musalia Mudavadi comes third with 3.9% with Wiper Party Leader Stephen Kalonzo Musyoka coming last with 3%. 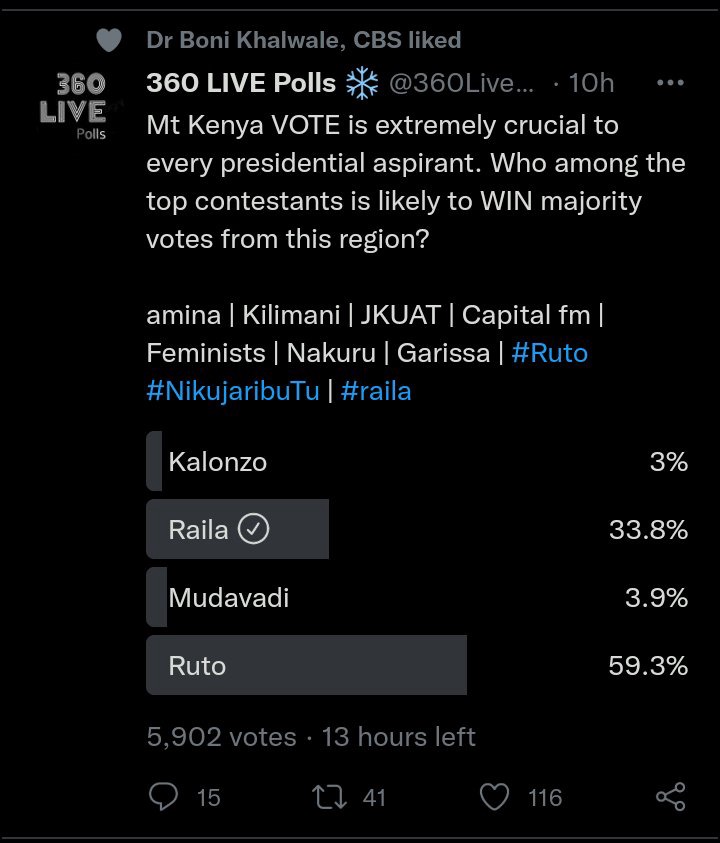 The polls indicate a growing and gradual confidence that most Kenyan have start to have as far as Raila's Mount Kenya support is concerned.The region has been anti-Raila and has always been voting against him in the previous presidential contests.Despite Ruto still enjoying enormous following in the region,Raila is stealthily and gradually making inroads and forrays into the region,thanks to his March 2018 handshake with President Uhuru Kenyatta.