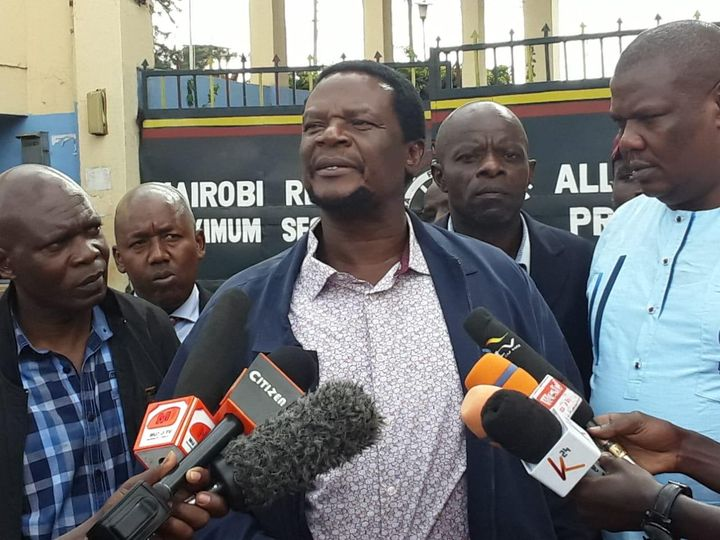 Sirisia Member of parliament John Waluke was released from the Industrial Area Prison on Saturday 18th November.The legislator found himself in hot soup after being implicated in a corruption scandal involving the National Cereals and Produce Board.Together with an accomplice kneon as Grace Wakhungu they had been sentenced to long prison terms or they both pay a 2 billion shillings fine.He was released on a 10 million bail by the court of appeal pending the hearing of his appeal.

"Mp John Waluke has been released on a Sh10 million bail by the Court of Appeal pending the hearing of his appeal of 67 years jail term or a Sh2 billion fine handed out by the Anti-Corruption over the National Cereals and Produce Board (NCPB) scandal," reported a local media outlet. 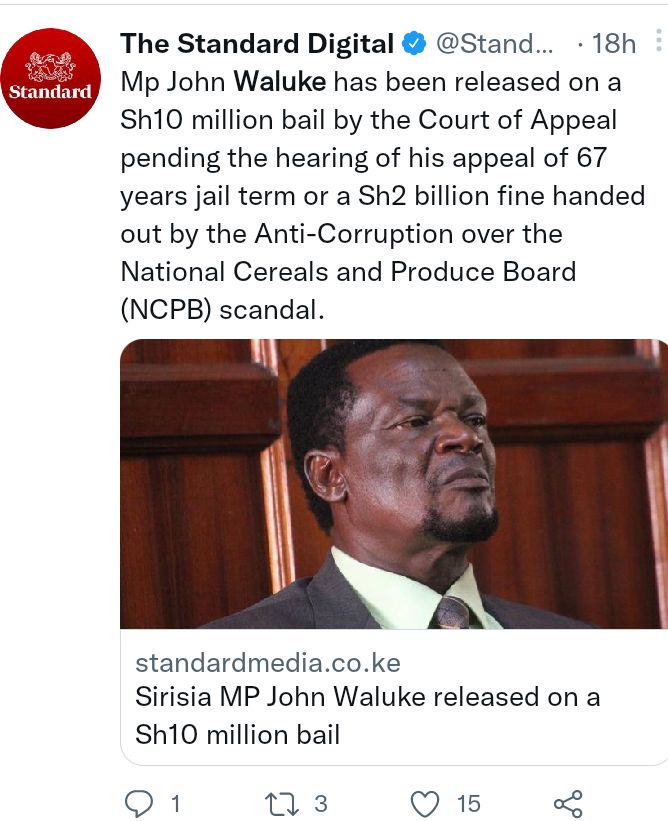 "Waluke welcome back.Thanks to Baba Raila Odinga, Mama Martha Karua and former CS Eugene Wamalwa for securing freedom for Waluke.Now it's time to convince voters in Bungoma to vote @wamunyinyi as their next senator," the deputy governor alleged. 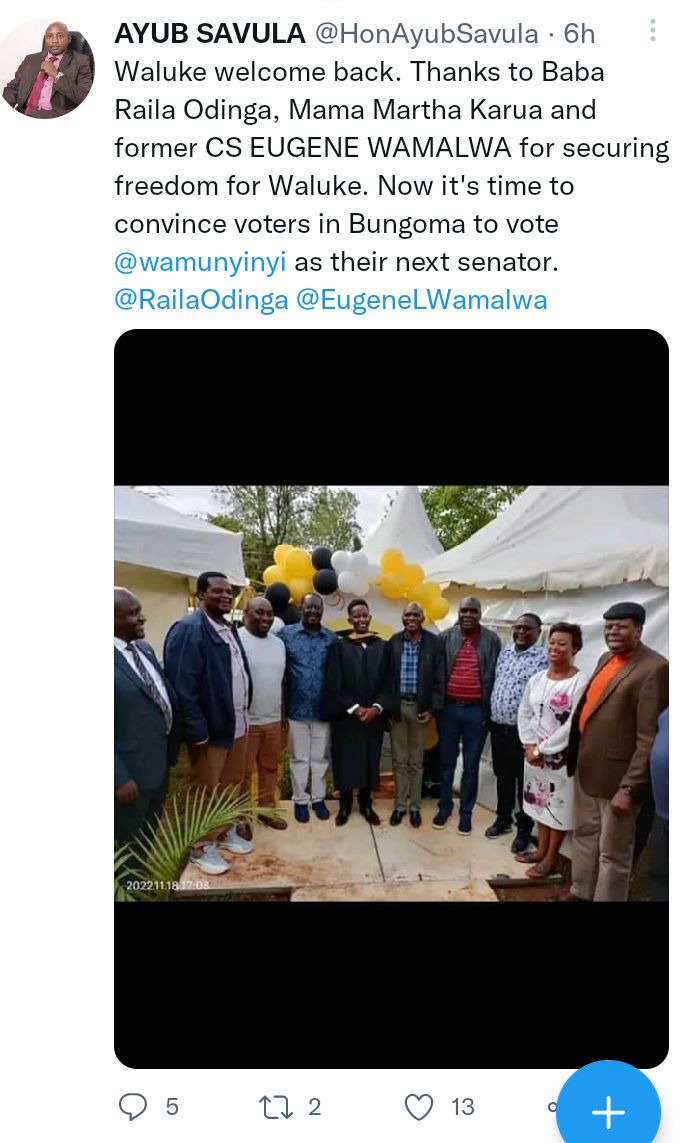