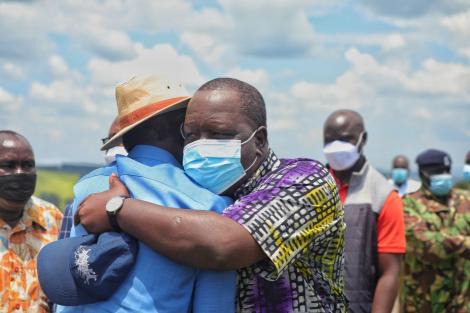 Talking in Nyamira County on Friday, October 22, Raila noticed that the underlying arrangement from his camp was to underwrite Matiang'i to take on Deputy President William Ruto in the approaching decisions.

Raila says that this was an arrangement before a change over occurred with Matiang'i consenting to clear way for the previous Prime Minister.

As indicated by the ODM leader, Matiang'i demanded that he (Raila) ought to be the one to go for the top seat, particularly following the March 2018 handshake among him and President Uhuru Kenyatta.

"We examined with him how things ought to be, and at one time I said I was prepared to help him (Matiang'i). Yet, when we did a survey to check out how the ground was, he let me know that I ought to be the one to go first," Raila expressed. 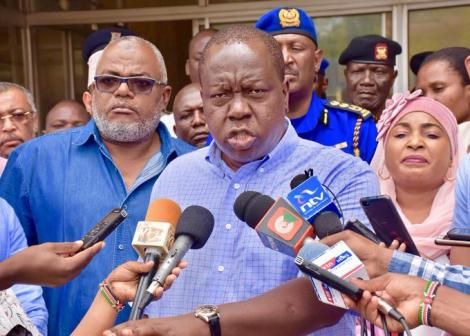 Matiang'i expressed that the arrangement for his Presidential bid altered when he got course from his chief, Uhuru to choose his handshake accomplice, Raila.

The Interior CS likewise attacked Ruto's missions, blaming the DP for doublespeak and a deceptive direct against the President.

"At the point when somebody gives you such regard, they give you a task, they put you in office where you are with him and you work with him ordinary, then, at that point, you become a lunatic and begin circumventing the country. Here and there in the first part of the day you are in the resistance, during the night you are in government. You are deceiving individuals, faulting the public authority you work for. Have you seen such sort of falsehoods and franticness?" Matiang'i presented.

Raila, in a bid to show solidarity among the Kisii pioneers, started a handshake among Matiang'i and Kisii Governor, James Ongwae. The two chiefs had been pursuing political conflict in a bid to demonstrate incomparability as the district's boss. 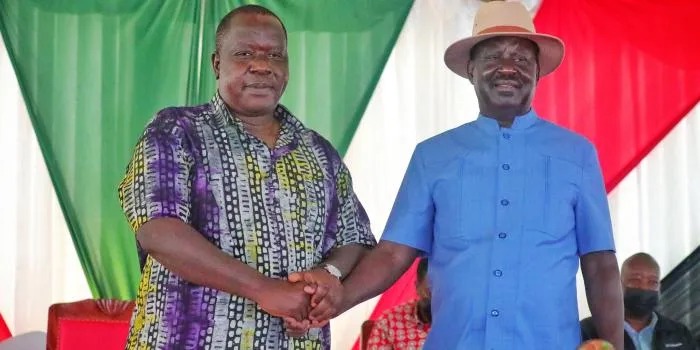 Their political contrasts were heightened during the Bonchari Constituency by-political race, where the ODM unit, driven by the Kisii lead representative, faulted Matiang'i for utilizing police to disappoint their missions. At that point, Matiang'i was supporting Jubilee Party's Zebedeo Opore, who in the end lost to ODM's Pavel Oimeke.

During the Kisii rally, Matiang'i embraced Raila as his official applicant, taking note of that he had uncovered his choice that was likewise affected by individuals.

As the 2022 General Election moves nearer, the political elements of the nation will appear to accept exciting bends in the road as government officials have a special interest in the race.

This will see different coalitions arise while in different cases, government officials will evacuate to various groups in a bid to get their inclinations.