Cracks In Kenya Kwanza As Mwangi Kiunjuri Makes This Announcement, Blames Ruto And His Party

Today, reports have emerged that cracks seems to have rocked Dp Ruto's Kenya Kwanza. This came in after the TSP party leader hon Mwangi Kiunjuri who is one of the principals in Kenya Kwanza issued a strange announcement blaming Ruto and his UDA party. 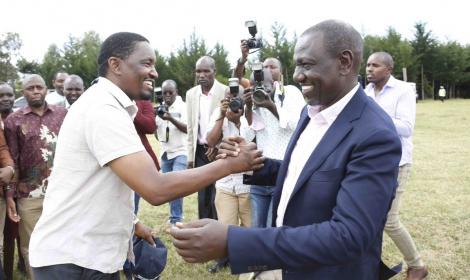 As reported by the Kenyans.co.ke, hon Kiunjuri announced that he and his party will be conducting Solo campaigns in the Mount Kenya region different from the joint Kenya Kwanza campaigns. According to Kiunjuri, they have opted to do this because Ruto and his UDA party have shown favourism in the region. Kiunjuri said that this big party have disregarded the small parties in the Mount Kenya and that is why they not be holding joint Kenya Kwanza rallies. 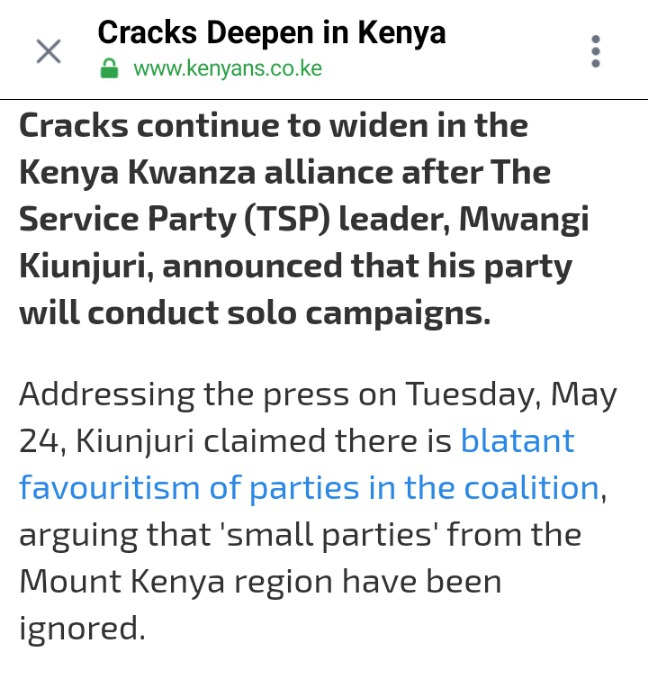 "Addressing the press on Tuesday, May 24, Kiunjuri claimed there is blatant favouritism of parties in the coalition arguing that 'small parties' from the Mount Kenya region have been ignored.Kiunjuri accused the coalition of allegedly sidelining his party during campaigns, further stating the coalition was being dishonest about its support for TSP which officially joined the front on April 12." Said the reports.

Tom Okwach Body Retrieved From Abimbo Mine 7 Months after Tragedy

Breaking; Uhuru Expected to Fly From the Country For A Special Tour For the First Time in History