The Former Vice President and the A man I National Congress who is also one of the principals in the One Kenya Alliance OKA Party Honorable Musalia Mudavadi's future political career has been said to lie in either ODM Party leader Raila Odinga's hand or the Deputy President William Ruto's UDA factor. 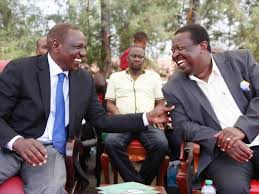 According to some of the political analysts, the massive migration of the politicians from one party to another or formation of the grand coalitions ahead of the next year's general elections is set to happen as earlier as next year.

The ANC party leader Musalia Mudavadi is among the targeted individual to denounce his alliegance to OKA to form a coalition with either of the current giant parties. This is after his party has been closely associated with DP Ruto's UDA.

The former Kakamega Senator Boni Khalwale has hinted the possibility of Musalia Mudavadi working with DP Ruto as his running mate in the next general elections.

On his twitter account Khalwale wrote, "I fully understand the significance of Musalia Mudavadi becoming president, in fact that is why I supported him aggressively in 2013. I am however persuaded that for now his best option is to work with William Ruto and UDA party. 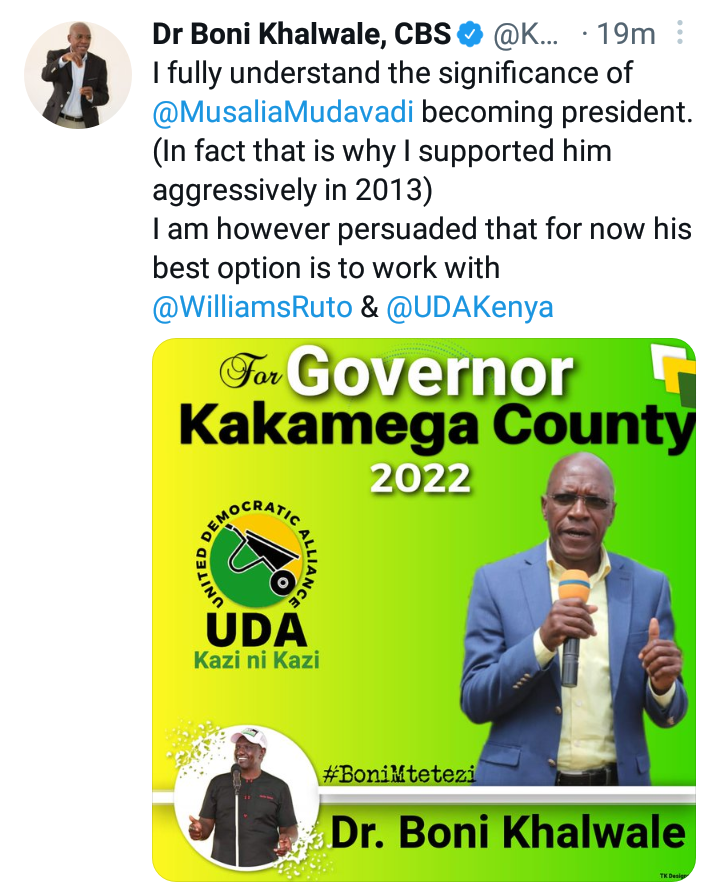 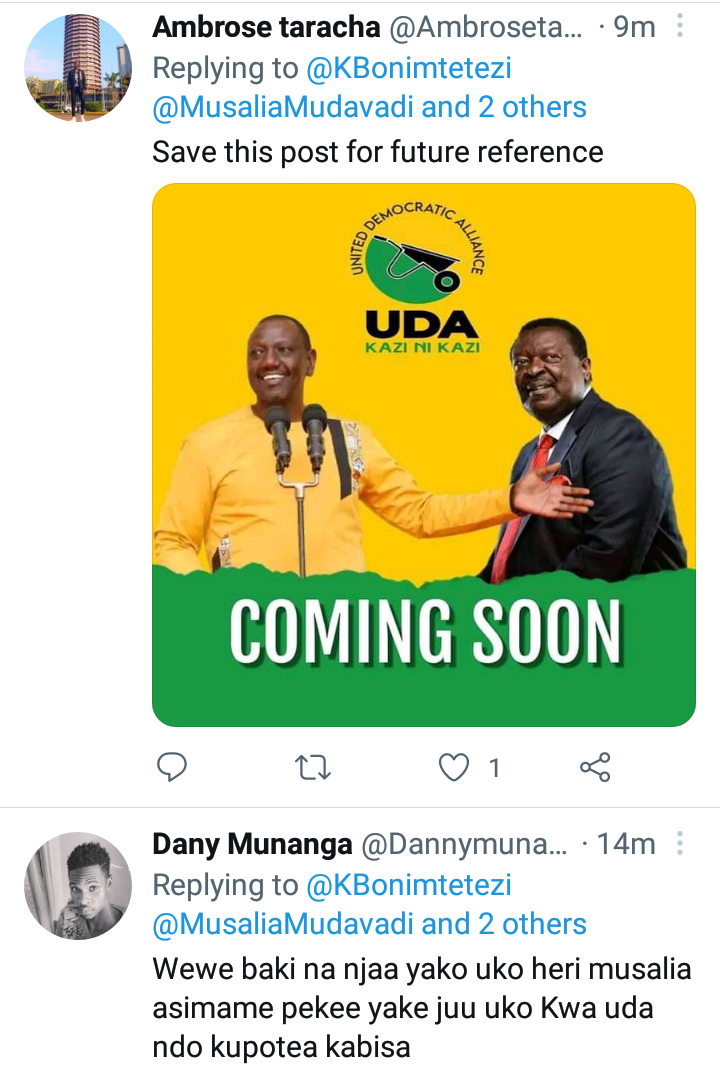 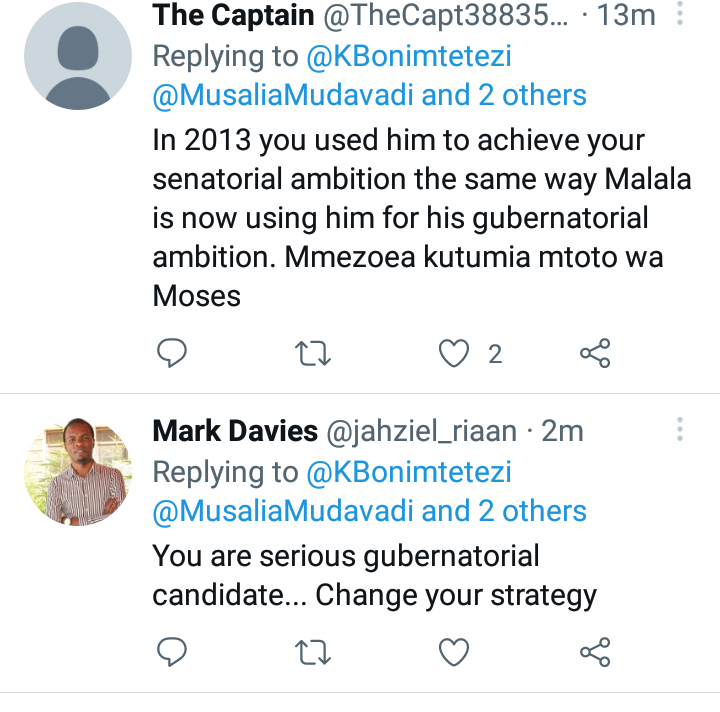 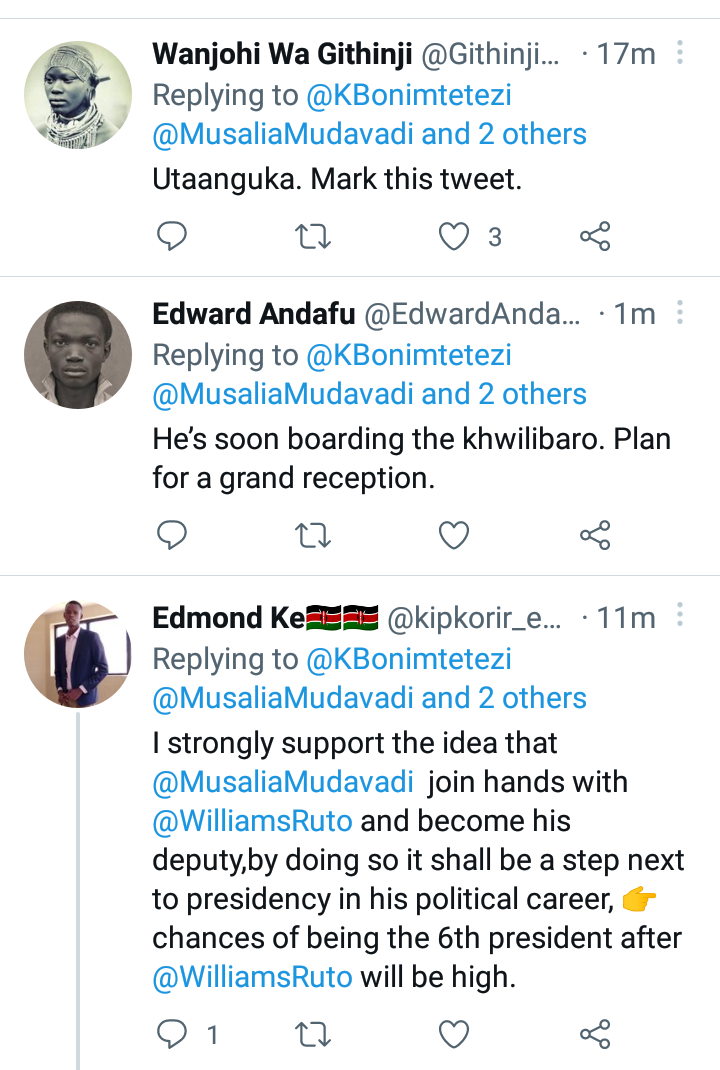 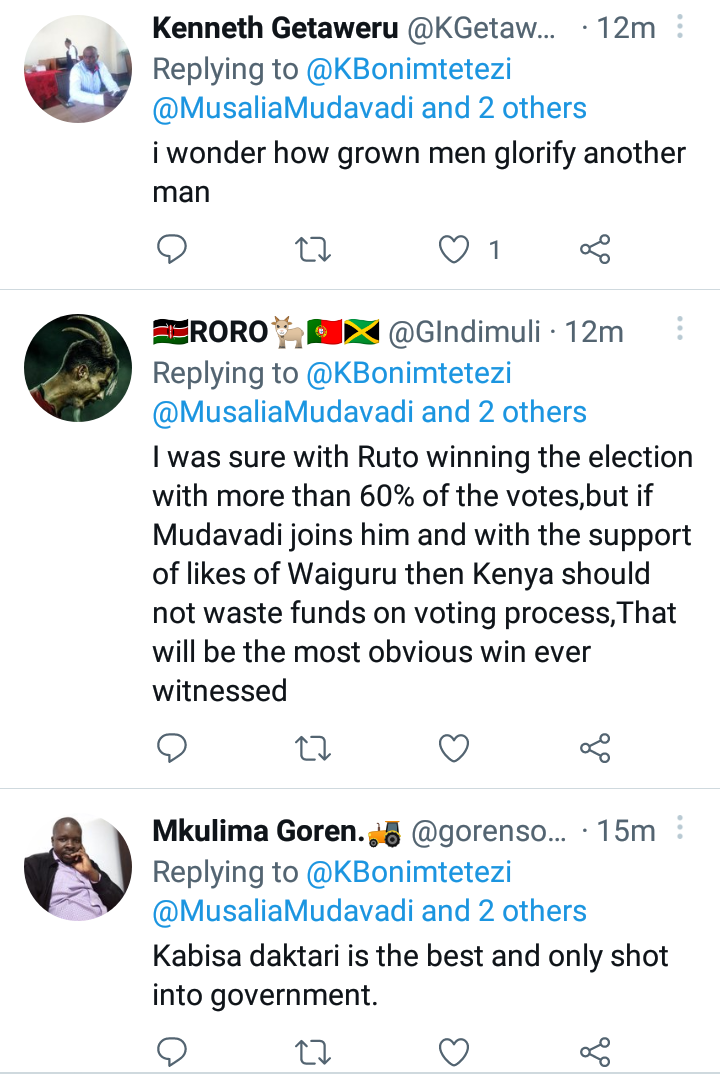 Register Voters Even Night Time We Have Money To Pay You, Raila Tells IEBC