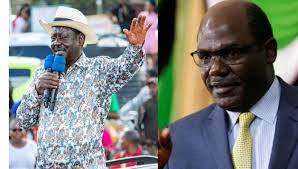 Days after the Azimio La Umoja One Kenya Alliance presidential candidate Raila Odinga claimed that the Independent Electoral and Boundaries Commission (IEBC) chairman Wafula Chebukati committed crimes against humanity, and that he should be taken to Hague, political leaders allied to President William Ruto's Kenya Kwanza Alliance camp have come to defend the chair.

Since the results of the presidential race were announced, Raila has been claiming that his votes were stolen in favour of Ruto despite the Supreme Court dismissing all petitions that sought to have his win nullified.

Kesses Member of Parliament Julius Ruto has called upon the Former Prime Minister and his team to respect the poll agency chair and leave him alone, since it is in the public domain that the August 9th polls were the most transparent and credible elections in the history of Kenya. 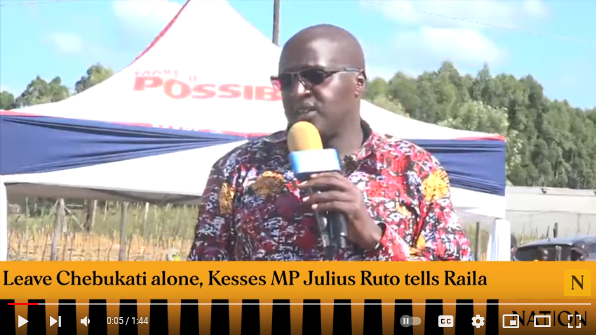 The UDA MP went on to say that Chebukati risked his own life to announced the results as per the will of the people at the ballot, and that he is a hero who deserves the respect and honour, adding that Ruto won fairly since his agenda resonated with the interests of the voters.

"We thought that Raila is old enough to go home, and see how a government is run, but he is now bringing issues to do with Chebukati. For the first time in the history of our nation that the elections were free and fair, where Kenyans voted and went home to await the results."

"If Chebukati was not a man enough to stand for the truth, we will not be here as a country. Raila and his deep state made the 'Cherera 4' isolate themselves to subvert the will of Kenyans, and he should therefore leave Chebukati alone."