By Politicsnewsman001 | self meida writer
Published 17 days ago - 0 views

Jubilee ruling-party is now at the verge of collapsing after deputy President William Ruto allies took a stunning move of a gradual quitting by stopping their monthly contribution from going into the party.

The second in command's brigade wrote to the Senate and National Assembly clerks directing them to shift the monthly contribution from the Jubilee to the newly formed United Democratic Alliance (UDA) party.

However, Mathira MP Rigathi Gachagua has finally spilled the beans on why they took a harsh action against the party. Speaking to the Star, the lawmaker has claimed but the ruling party is no longer active, asserting that the only active organ of Jubilee is the disciplinary committee which is meant to frustrate deputy President William Ruto and his allies who are now seen as rebels of the party. 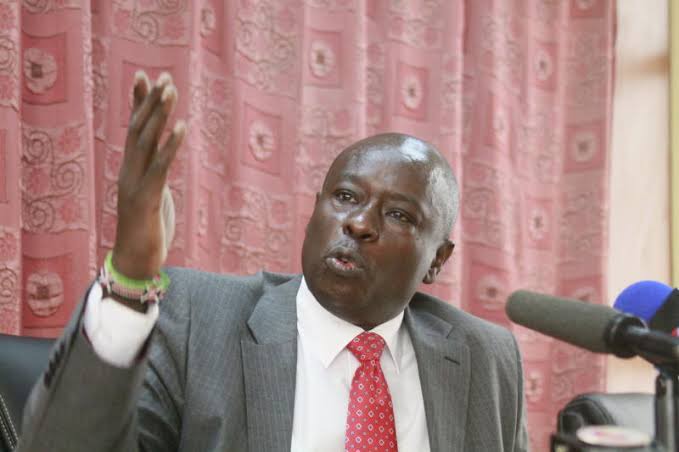 He however took a lash at President Uhuru and allies who are against them asserting that they use their money to drink and come back to abuse them in return. 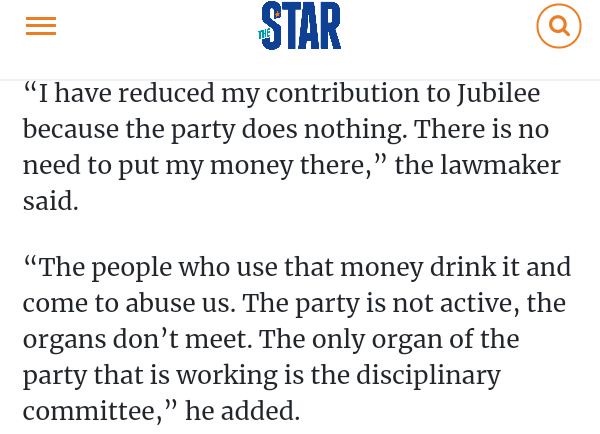 Mathira National Rigathi Gachagua Senate Uhuru
Opera News is a free to use platform and the views and opinions expressed herein are solely those of the author and do not represent, reflect or express the views of Opera News. Any/all written content and images displayed are provided by the blogger/author, appear herein as submitted by the blogger/author and are unedited by Opera News. Opera News does not consent to nor does it condone the posting of any content that violates the rights (including the copyrights) of any third party, nor content that may malign, inter alia, any religion, ethnic group, organization, gender, company, or individual. Opera News furthermore does not condone the use of our platform for the purposes encouraging/endorsing hate speech, violation of human rights and/or utterances of a defamatory nature. If the content contained herein violates any of your rights, including those of copyright, and/or violates any the above mentioned factors, you are requested to immediately notify us using via the following email address operanews-external(at)opera.com and/or report the article using the available reporting functionality built into our Platform