Another Betrayal In City? Uhuru's Secret Succession Games Ahead Of 2022 Elections Unveiled

By Allnewsnow (self media writer) | 19 days ago

Is there any betrayal looming in a handshake? Lately, Uhuru's succession arithmetic is getting hard to understand. Recently, reports allege that Uhuru has secretly ditched the ODM party leader to settle on OKA's presidency. 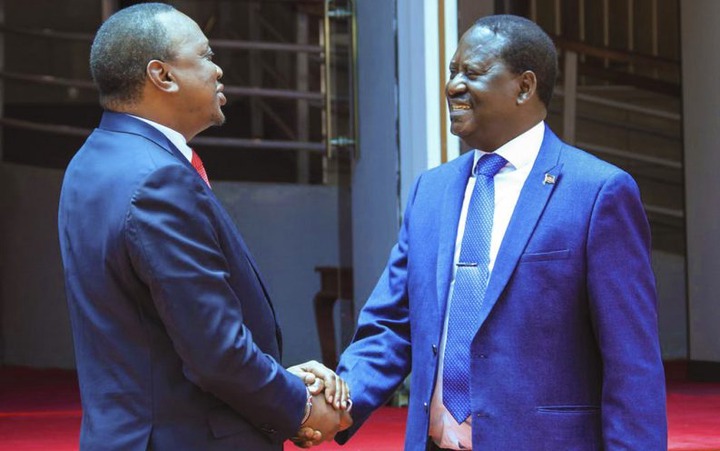 Politics of betrayal have rooted themselves in Kenyan history. Raila Odinga tasted it from the retired president, Mwai Kibaki, when he chose Uhuru Kenyatta in 2013. Another betrayal is looming on the father of devolution ahead of 2022.

Political analysts doubt any official endorsement of the Orange leader by President Uhuru Kenyatta with only ten months to the next general elections. Well, this may sound unrealistic – however, there are clear indications that Uhuru has already left Raila for OKA. 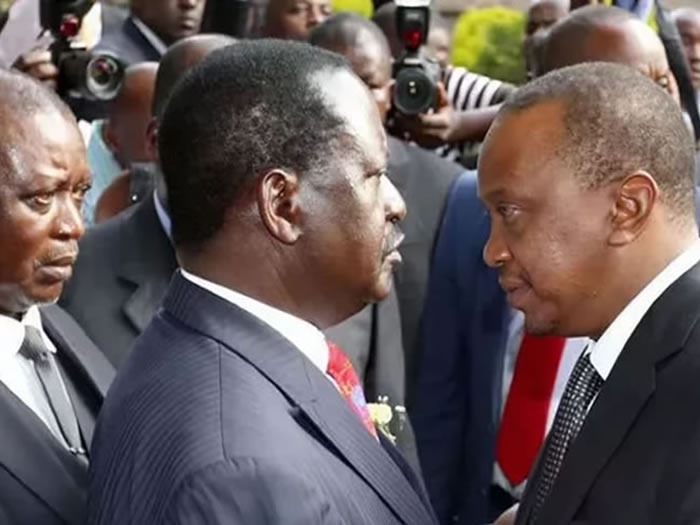 October 6, The Standard newspaper publication raised eyebrows over the future of Uhuru-Raila political 'marriage.' The veteran newspaper revealed that the Jubilee party leader is meeting the ANC party leader in a strategic meeting without Raila's consent.

Insider reports leaked – Uhuru is crafting his succession plan away from the former prime minister. He is secretly pushing one of OKA's principals to succeed him – probably Musalia Mudavadi.

In addition, yesterday, October 7, Mount Kenya Foundation met with OKA principals in Safari Park Hotel to discuss their presidential bid. The meeting with OKA raised a lot of questions ahead of the next general elections.

Reports leaking from the meeting revealed that the billionaires had made a u-turn on Raila,s presidency – they are open to another presidential aspirant. Lately, Murang'a senator Irungu Kang'ata rubbished Raila's claim of supporting Mwai Kibaki in 2002, citing that was personal. 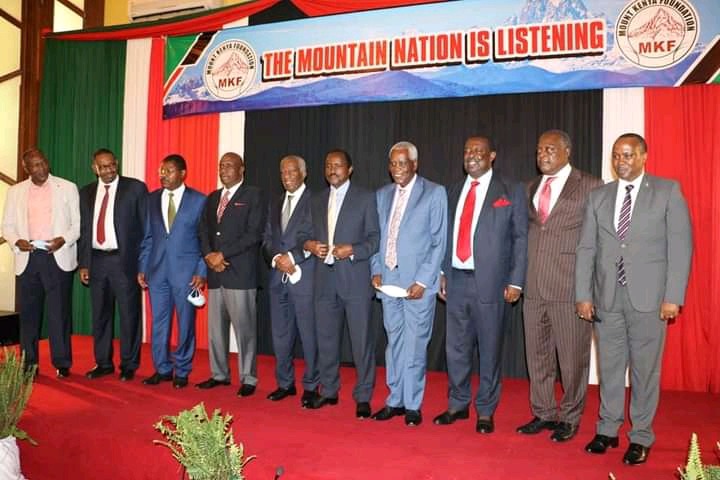 Going by matrices, Central region votes are slipping away from the former prime minister with the latest table turn. Musalia Mudavadi and OKA at large is the new political wave that is sweeping the Mount Kenya region. Uhuru's game plan is to weaken Odinga for the sake of OKA, and it is so declassified.