By TheMbaruNews (self media writer) | 5 months ago 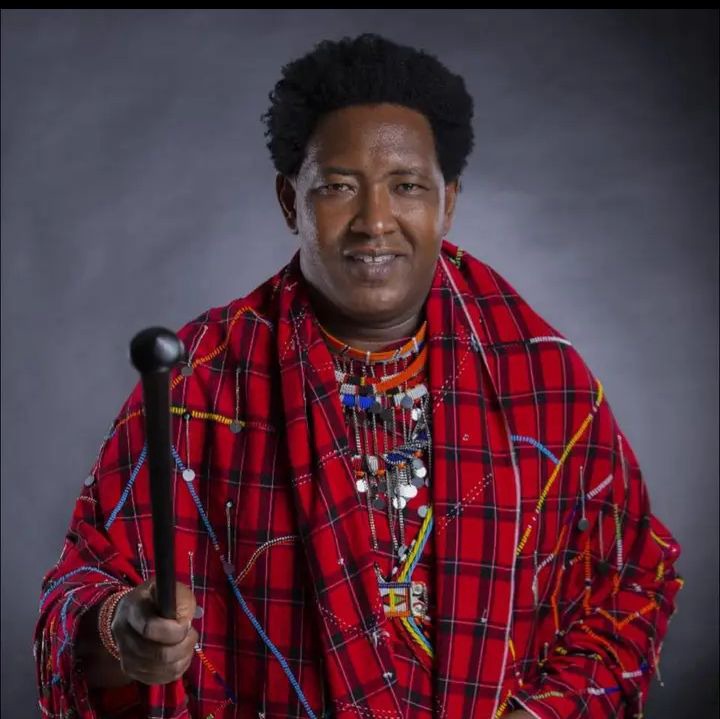 Narok senator elect Ledama Ole Kina who belongs to the ODM party that is allied to the Azimio La Umoja One Kenya alliance has shared some details that Allegedly show how the presidential tally was manipulated in Narok.The vocal senator shared various snippets of the manipulation through his official twitter handle.

Ledama revealed that the mischief by the electoral body was done in a calculative manner.He said that the polling officers are the ones who were allegedly involved the manipulation as they were in charge of filling in the forms.Ledama revealed that the polling officers first filled a carbon copy then later filled a different form 34A and that was what was uploaded to the IEBC portal.Then the new form was taken to the returning officer who took it to BOMAS.

The senator gave an example of Narok East and Narok North where he claims they discovered the mischief and arrested the polling officers when the form 37Anoasted in the ballot box had different results from the one given to the constituency returning officer.He ahs said that scrutinizing of the ballot boxes would vindicated their petition at the supreme court. 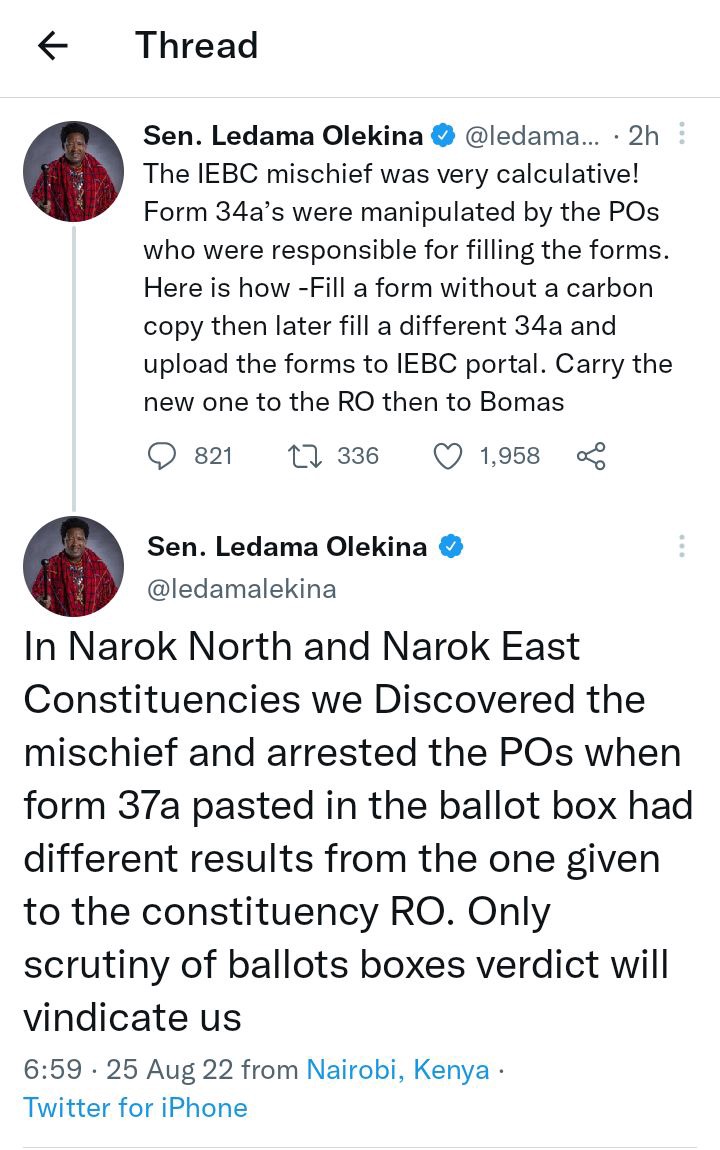 He also said that he witnessed such a kind of manipulation In Narok East whereby form 34As were being uploaded outside the constituency tallying center instead of at the polling stations.Ledama said he confronted the polling officers who said they were doing that due to network issues.He claimed the agents were not present. 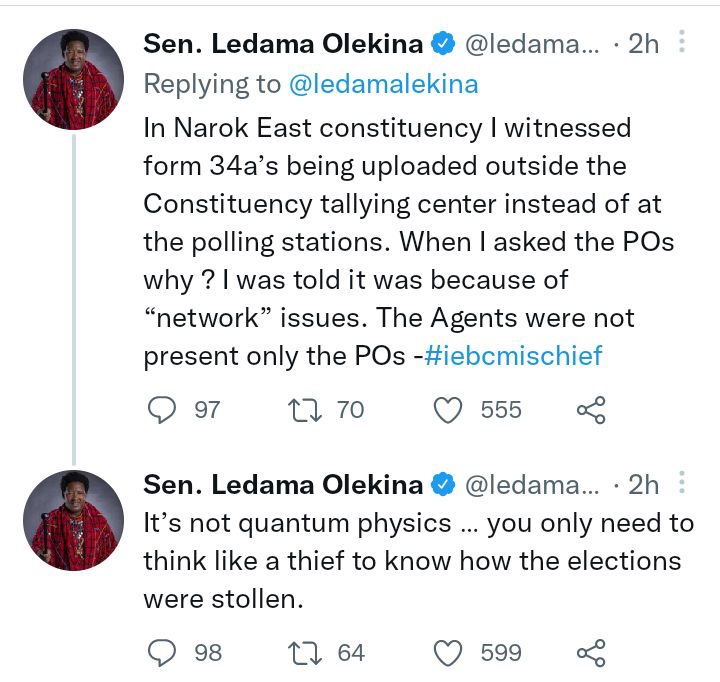