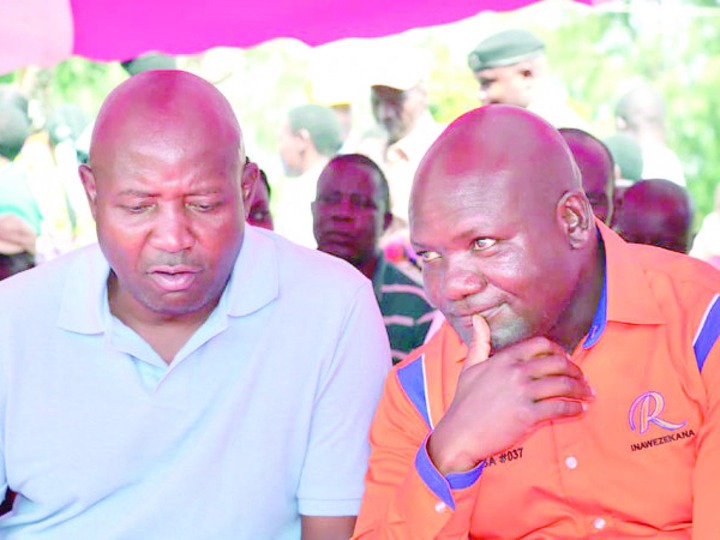 Political leaders from Kakamega county, and who are allied to the Azimio La Umoja One Kenya Alliance camp, have supported their flag bearer Raila Odinga for rejecting the results of the presidential race conducted on Tuesday August 9th, after Deputy President Wiliam Ruto was announced as the president elect.

Raila while addressing the nation on Tuesday August 16th, termed the results given by the Independent Electoral and Boundaries Commission chairman Wafula Chebukati as null and void, further saying that there is no presidnet elect.

Speaking shortly after Raila's announcement, Kakamega Azimio's gubernatorial candidate Fernandes Barasa and his running mate Ayub Savula, led other Azimio leaders from the county to also object the results, arguing that there was some rigging against Raila.

"We have come here to also reject the yesterday's results just as Raila has said this afternoon. The results have been tampered with. We are confident that once Raila goes to court, the presidential results announced by Chebukati will be overturned," said Barasa. 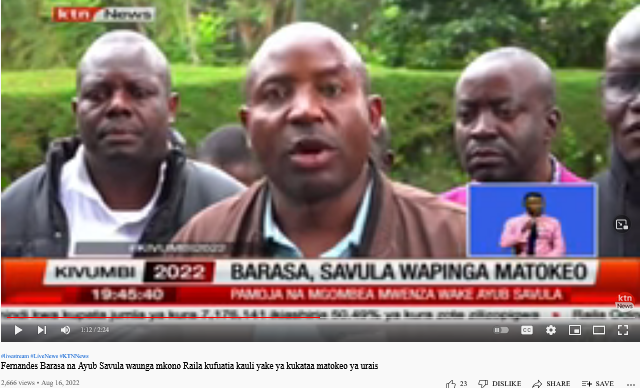 In his remarks, Savula also expressed confidence that the stalemate will be solved, and that ultimately Raila will be the fifth president of Kenya.

They however called upon the residents to ensure that they turn up in large numbers on August 23rd to choose their governor after their August 9 gubernatorial contest was postponed alongside Mombasa County due to ballot paper mix up.

They expressed their confidence that they will win the race, whose main competitors is ANC's candidate and the incumbent senator Cleophas Malala.

Several political experts and constitutional lawyers have had varied opinions on Raila's decision to challenge Ruto's win, with some claiming that there will be no case to answer since the Azimio wing did not raise any complaints with the polling stations results captured as 34As which Chebukati said are the final results.