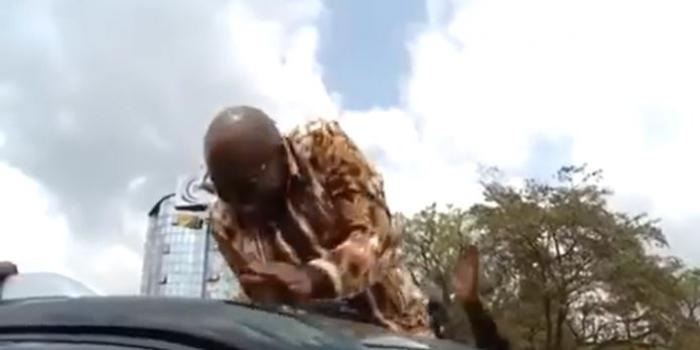 An angry mob pelted stones at businessman Jimi Wanjigi's convoy on Friday during his tour in Migori County, Nyanza region.

After angry youths jeered him from the left side of his motorcade, the presidential candidate was forced to cut his speech short.

It has been revealed that the problem started when Jimmy Wanjigi,used his term "fagia Wote",a term which did not go well with some youths who begun to stone Wanjigi's convoy. 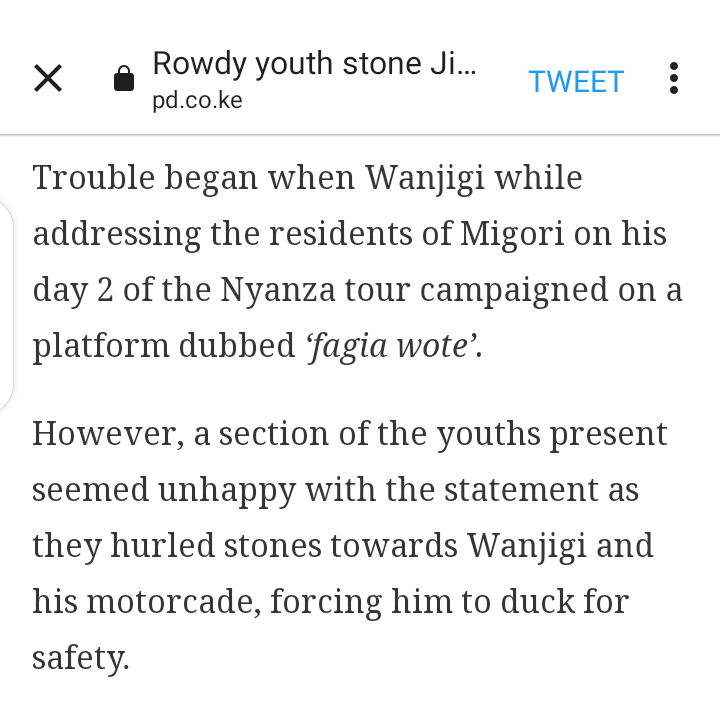 Nyanza is said to be the political heartland of ODM party leader Raila Odinga, and the youths accused Wanjigi of disrespecting their leader.

Wanjigi would reappear on social media, posting photos of himself meeting the people of Rongo in Migori County.

“I met the people of Rongo in Migori County, and they are ready for a new Kenya,” Wanjigi explained.

Wanjigi has declared his intention to run for president in 2022 and has been touring the country in an attempt to woo voters.