Orange Democratic Movement Party Presidential candidate Hon Jimmy Wanjigi has now received fresh advice to Quit and break ties with the Raila-led party, even as clear reports and signs indicated that danger could be looming as far as his 2022 Presidential candidatture is concerned.

Taking to his official Twitter account handle, Deputy President William Ruto's Insider who is one of the senior UDA Leaders as now claimed that Jimmy Wanjigi's exit from ODM will be the only solution to his current woes. 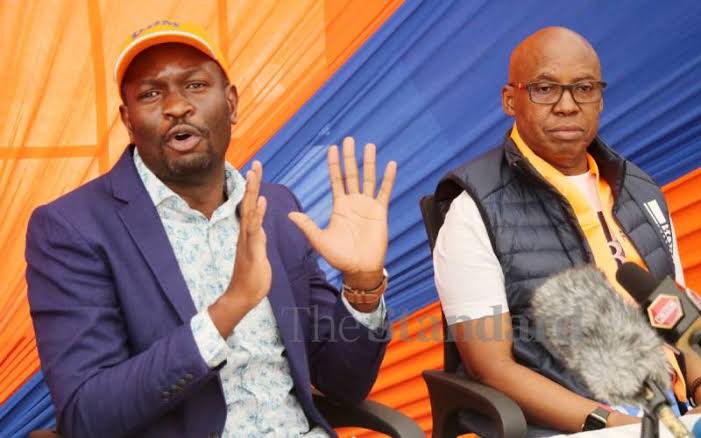 "Businessman Jimi Wanjigi has been gasping for breathing in ODM. I want to help him if he allows. ODM belongs to Raila Odinga. Jimi, you won't get the ODM ticket for Prezzo! You have already been stoned. Pack up and leave before it gets worse. One day u will thank me for this," Edward says.

All the same, unverified claims and reports gave indicated that ODM has accused businessman Jimi Wanjigi, who is hoping to run on the party's ticket in next year's presidential election, of jumping the gun by launching campaigns.

Chairman John Mbadi on sartuday dismissed meetings the tycoon has been holding with people he said are delegates of the Raila Odinga-led party saying the party's election's board is yet to ratify the list of the representatives. 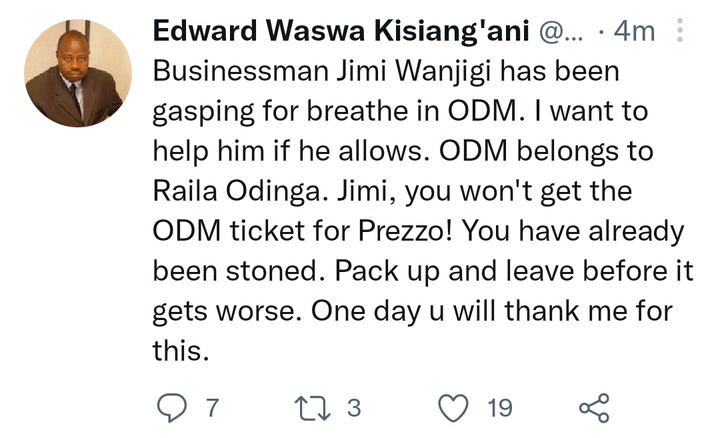 Revealed: Here Is The Amount Of Money That 28 Senators Were Paid To Vote For The Amendment Bill

How To Make A Girl Think About You Over Text

OKA Breaks Silence Several Days After What Mudavadi Did To Them

Tutaonana Baadaye, Today's Sad News To Africans As Death Strikes A Family Of A Prominent Comedian