By KevoEyewritter (self meida writer) | 1 months 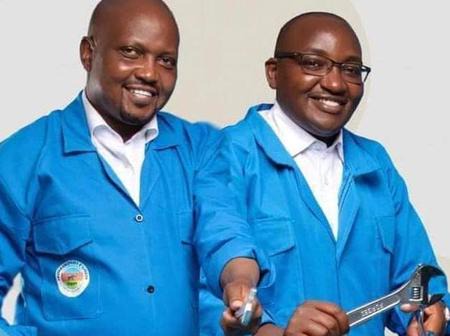 In the midst of the unending hullabaloo regarding the BBI nullification by the High Court, the country was thrown into another political turmoil courtesy of the 3 by-elections which were held in various parts of the country yesterday.

The electorates of Bonchari and Juja constituencies went to the ballot to elect their representatives in parliament while those from Rurii word in OlKalou town in Nyandarua county sought to elect their new MCA. The 3 elections were quite dramatic with allegations of police intimidation and voter bribery being dominant.

The winner of Juja election which was a 2-horse race between Jubilee's candidate Susan Waititu and People's Empowerment Party (PEP)candidate George Koimburi is yet to be declared after the IEBC stopped the tallying of the votes.

This happened after Kiambu governor James Nyoro who was supporting Jubilee's candidate accompanied stormed the tallying center to interrupt the process. It is however important to note that PEP candidate Koimburi had already taken an early lead before the tallying was brought to halt.

Reacting to this news, Soy MP Caleb Kositany has asked president Uhuru Kenyatta who is the leader of the Jubilee Party to accept defeat just like he did during the 2002 presidential elections where he was floored by former president Mwai Kibaki.

According to him, the hustler movement had already won in Juja which is in president Uhuru's home county of Kiambu.

"President Uhuru, please accept defeat like you did in 2002. Juja is gone with the hustlers," penned Kositany. 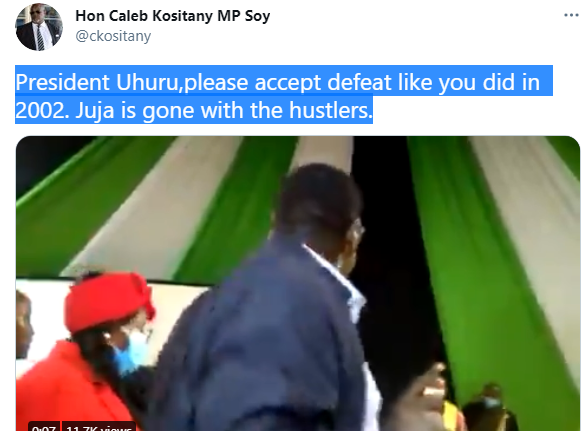