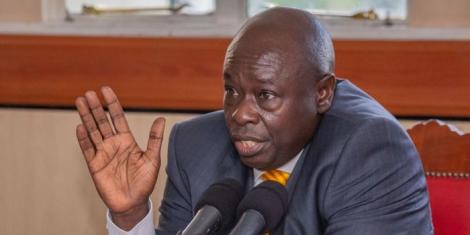 Current and Acting Director of Criminal Investigation Hon Hamisi Massa has come out guns blazing to refute claims and media reports that he a few hours ago castigated Deputy President Rigathi Gachagua telling him that the DCI won't be threatened by anyone and that nobody is above the law apart from the Head of State.

In earlier reports by the star newspaper, Hon Hamisi Massa reportedly responded to Gachagua telling him that the nature of the DCI jobs is intrusive rejecting the order to go back to Kiambu Road. Also, Hamisi Massa was reported to have threatened to arrest every leader suspected of being engaged in corruption. 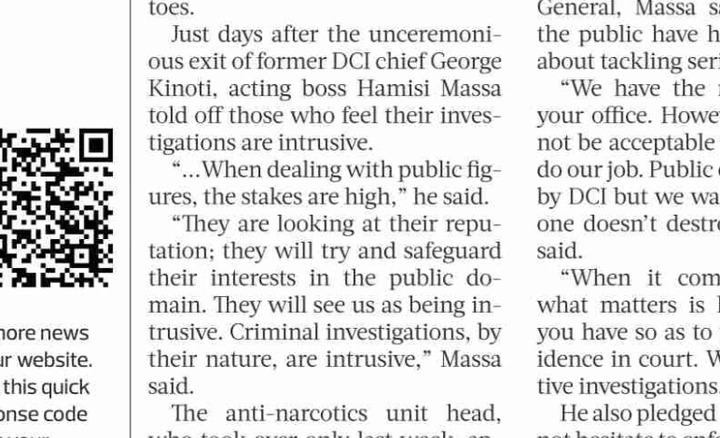 Meanwhile during the reports by Kenyans .co.ke, Hamisi Massa is reported to have differed from the reports by the star newspaper saying nobody from the DCI uttered such words.

"This is thus to clarify that at no point did the Ag DCI mention or refer to the DP or any other government official in his remarks, hence the newspaper headline presents a misreported and uncredited position," read the statement in part.

During the interview on Citizen TV on Sunday, October 4, Gachagua criticized how the investigative agency conducted its investigations, particularly under former DCI boss, George Kinoti. 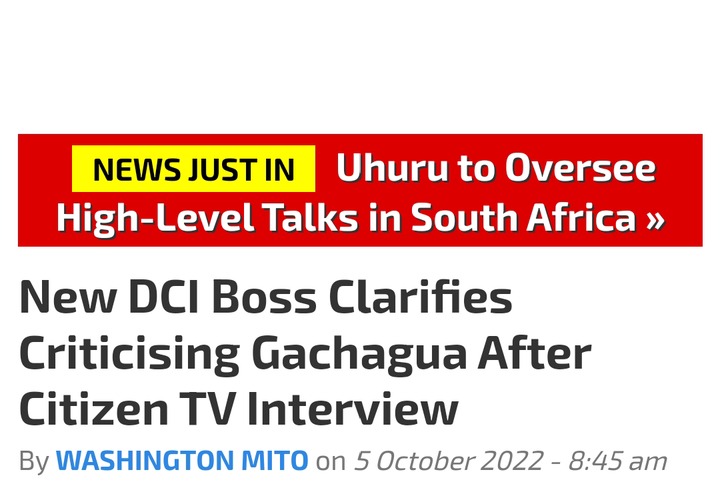