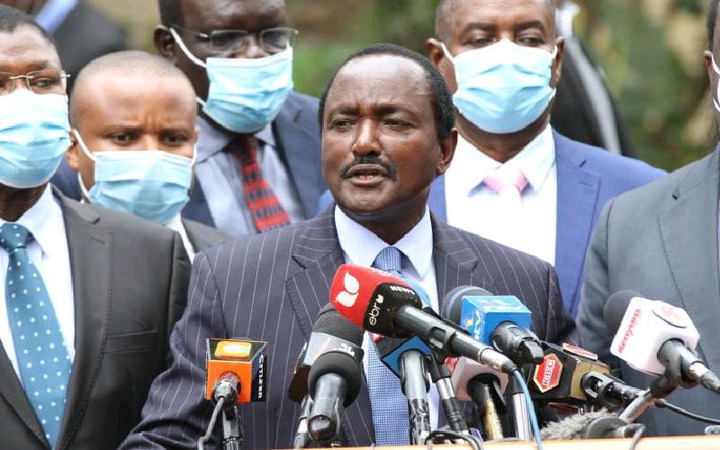 Wiper leader Kalonzo Musyoka has once again taken issue with the second in command William Ruto as he accused him of being insincere in his presidential bid.

The DP is among the top politicians who declared interest in the top seat and have since kicked off their campaigns.

But now Kalonzo Musyoka has fired shots at him having a problem with the promises he is making during his campaigns and rallies, adding that he is blindfolding Kenyans with promises that are more like lies.

He specifically had an issue with Ruto's particular pledge about reviving the economy when he ascends power, wondering how he will be able to do it yet he was already given a chance and failed.

“How can one lie to Kenyans that he will change an economy that he did not change for 10 years he worked as the Deputy President? Let leaders stop fooling Kenyans with empty unrealistic promises," he said in Meru yesterday, reports the People Daily.

He alleged that Kenyans should consider him because, he is the man with the solution to the economy and is the kind of person the country need as their next president. He hoped that OKA coalition will acknowledge this and name him as their flag bearer, adding that the announcement will be made in less than two weeks.

“In less than two weeks, we will clear the anxiety and God willing, they might agree on me because they know I can deliver. I can make great transformation in this country’s economy and bring unity among Kenyans, because I am not selfish," he added. 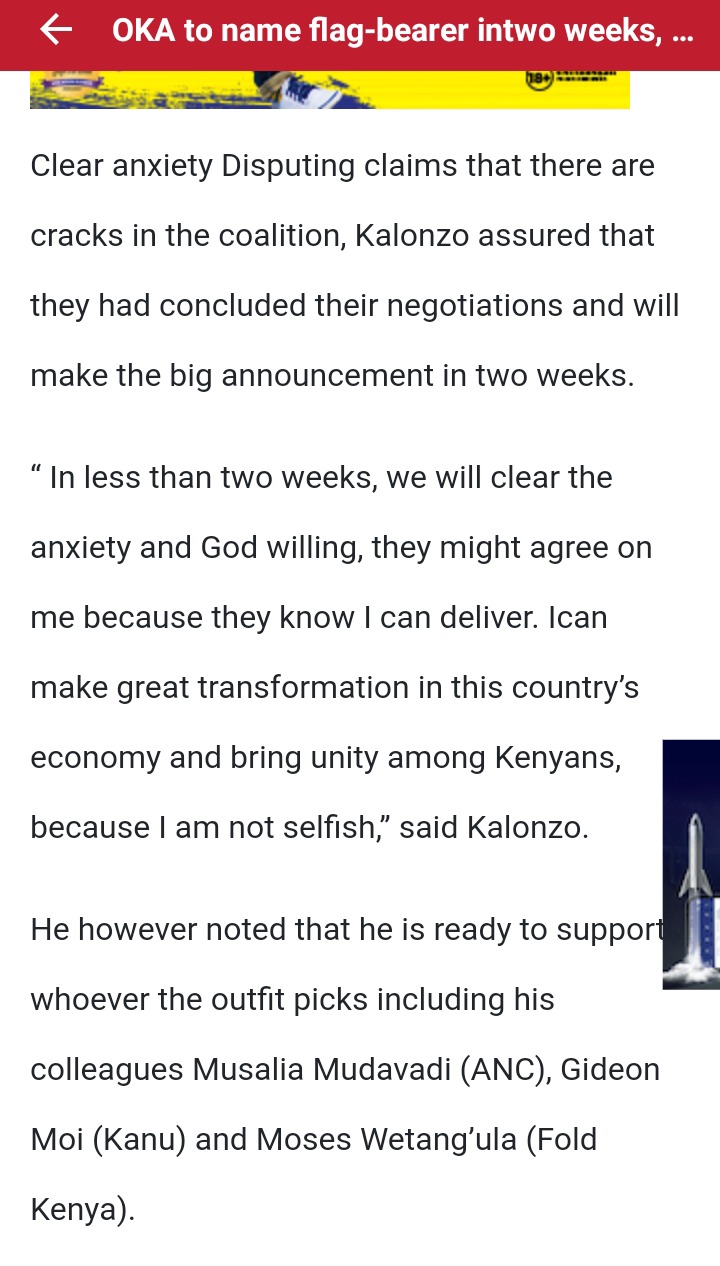