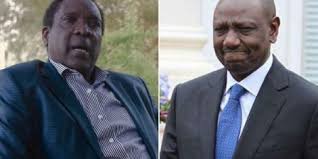 Herman Manyora has stated that during the address Kenyatta only talked about only about the second term projects that had taken place during their standorf with DP Ruto. Herman Manyora also revealed that Uhuru showed how resources can be delivered to people.

"President Uhuru Kenyatta threw Ruto under the bus today. In his Mashujaa Day address, the president ashamed Ruto by parading second term development and by showing how resources can be taken to the people in a structured [email protected] #JKLive @NairobiReviewKE", reads a statement from Herman Manyora. 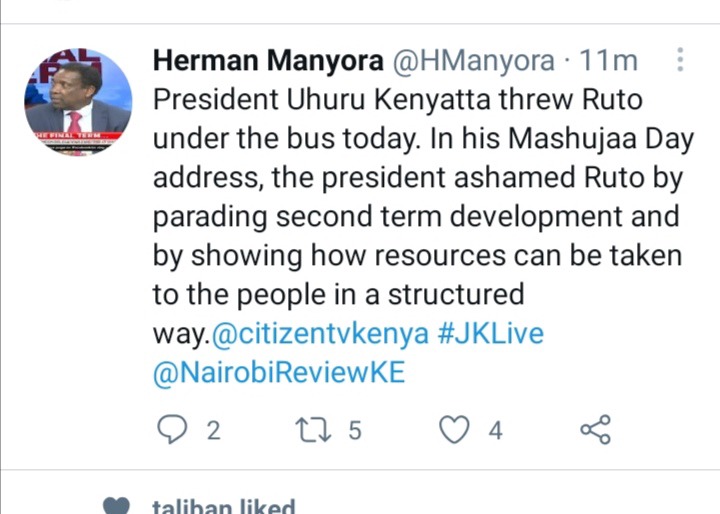