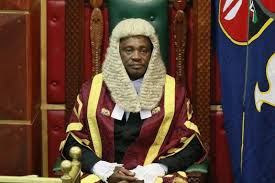 More chaos and uncertainty continue to surround the BBI document in it's sail through parliament. Although MCAs passed the bill unanimously, MPs have become an unlikely opposition to the bill initiated by ODM leader Raila Odinga and president Uhuru Kenyatta. The latest series of uncertainties is deciding on the day the special sitting will be conducted in order to pass the bill in parliament.

The minority leader of the national assembly, John Mbadi and the majority leader, Amos Kimunya had written to the speaker to have the sitting on Wednesday and Thursday this week but the speaker, in a report by The Standard, denied receiving such a suggestion. He further said that past this week it will be unreasonable to recall the house for a special sitting because MPs will officially reconvene after a long recess on 4th May.

"If there was (a sitting), you would have seen a gazette notice to that effect," noted the speaker.

Uhuru and Raila had earlier on held separate Meetings with MPs rebuking them for disapproving the bill terming some of its sections as unconstitutional. Leading the pack in disapproving the bill was Siaya Senator James Orengo and Johnston Sakaja who later on affirmed that the document will still be tabled in parliament and discussed without any alterations.

Another BBI Bill Obstacle That May Hinder The Looming Referendum

Oparanya Sides With Orengo in Simmering War Against Raila