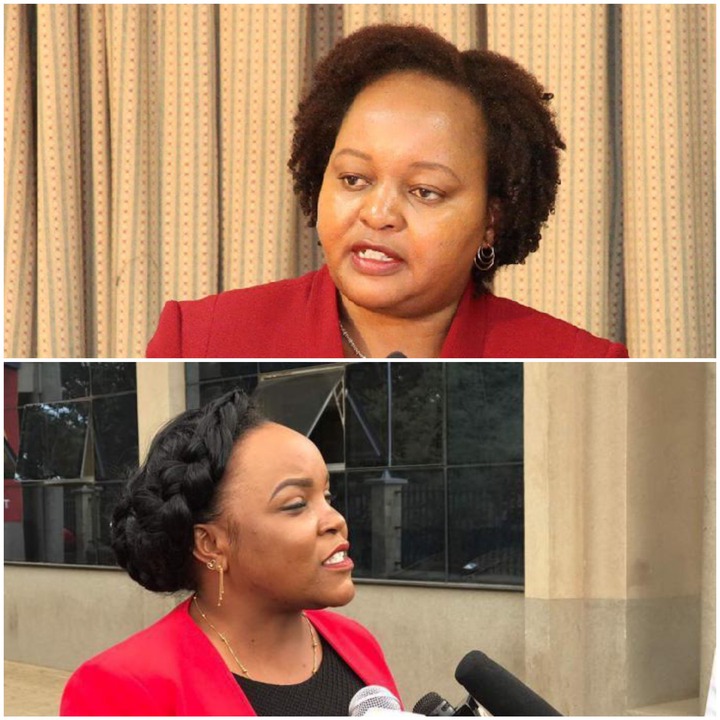 It now officially that their will be a tough race to be embarked on by Kirinyaga County Women Representative Wangui Ngirici and the current Kirinyaga Governor Anne waiguru.

This will be a very big battle during nomination for Wangui Ngirici who has emerged as UDA dominant Kirinyaga County, Anne waiguru declares to follow the will of Kirinyaga people who advised her to use UDA ticket to bid for Governor.

In two weeks ago Wangui dares Waiguru to join UDA so that they can face each other at party Nominations.

“If the people of Kirinyaga decides that you (Waiguru) are going to be their next governor, I am willing to support you. But if I beat you during nominations, you’ll have to support me,” she said.

Wangui mentioned some of the things Anne Waiguru has not accomplished like poor service in health department and poor road connectivity.

Besides the two being among the list of high-ranking candidates eyeing the Kirinyaga county gubernatorial seat, there are other who are ready to face one of them after Nominations in UDA party.

These include Martha Karua, Former Governor Joseph Ndathi, business Man Camba Ndau among others, therefore still tough race is waiting one of them who will emerge after Nominations in UDA.

Kirinyaga residence, who will you propose to be the next Kirinyaga County Governor towards Vision 2030?