In most of his statements, the former prime minister and ODM party leader Raila Odinga has been accusing the deputy president William Ruto of not helping president Uhuru Kenyatta to fulfill the promises they gave to Kenyans during their campaigns.

Taking to her social media platforms, the vocal Jubilee nominated senator and one of William Ruto's top allies, Millicent Omanga said that the Jubilee government performed well during its first term courtesy of the deputy president William Ruto. 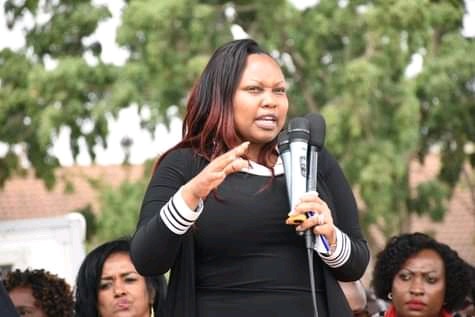 Omanga added that president Uhuru Kenyatta trusted his deputy and delegated several duties to him and that made the goverment to achieve several things they promised to Kenyans during their campaigns.

She however, said that Jubilee goverment did not perform very well during its second term because the deputy president was neglected and had no role to perform especially after the handshake between Odinga and president Uhuru Kenyatta.

Raila and Ruto are regarded as the only presidential hopefuls with higher chances of winning the August 2022 presidential polls and they have been accusing each other on several issues. 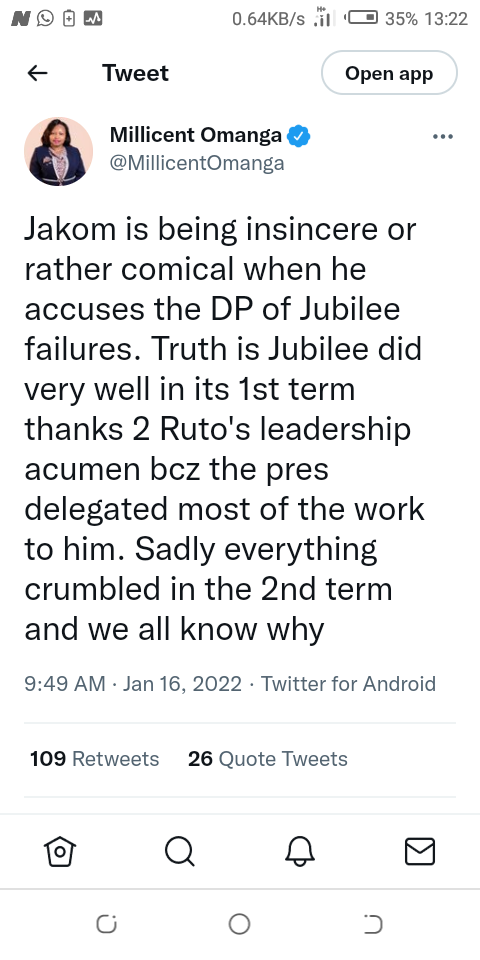