By miharbi (self media writer) | 27 days ago 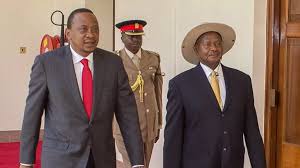 President Yoweri Kaguta Museveni appointed Justice Owiny Dollo as the President of the Supreme Court in Uganda. But it seems as if the two friends are falling apart when they publicly disagreed on whether suspects of serious offences should be released on bail. According to NTV Uganda, Whereas the President insists that these suspects should remain in custody, Chief justice Owiny Dollo says the judicial officers grant bail within their constitutional right.

"President Museveni and Chief justice Owiny Dollo have disagreed publicly on whether suspects of serious offences should be released on bail. #NTVNews https://bit.ly/3APqXwu?utm_me." Tweeted by NTV Uganda 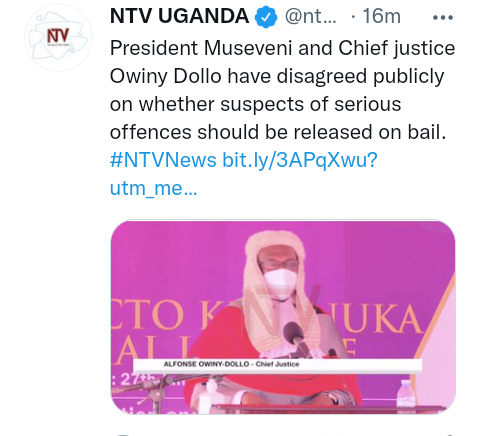 What Happens When A Football Referee Scores A Goal Accidentally

Conversion of Title Deeds in Kenya

The Government Announces Preparations For The 2022 General Elections

What Are The Five Languages of Love? Everything You Need to Know About Love And Language You Speak