The Orange Democratic Movement ODM party senator is making his remarks at a time the BBI drive is set to be introduced into both houses for approval after county assemblies unanimously endorsed the drive.

According to senator Ledama who has been cold towards the constitutional amendment through BBI, the debate at the parliament will separate the type of leaders Kenyans have in the parliament.

He said true leaders will definitely put forward a spirited debate to justify their stand on BBI as leaders who are followers endorse or reject the drive to please their seniors.

"BBI debate in Parliament will distinguish between leaders and followers!" The Senator tweeted.

Ledama Ole Kina has recently been on the spot over his allegiance to former prime minister Raila Odinga and Orange Democratic Movement ODM party.

He has severally come forward to defend deputy president Dr William Samoei Ruto and allies over onslaught by the pro-handshake allies.

Some of the comments to his declaration;

"It's not time for BBI. . the economy is hitting hard" 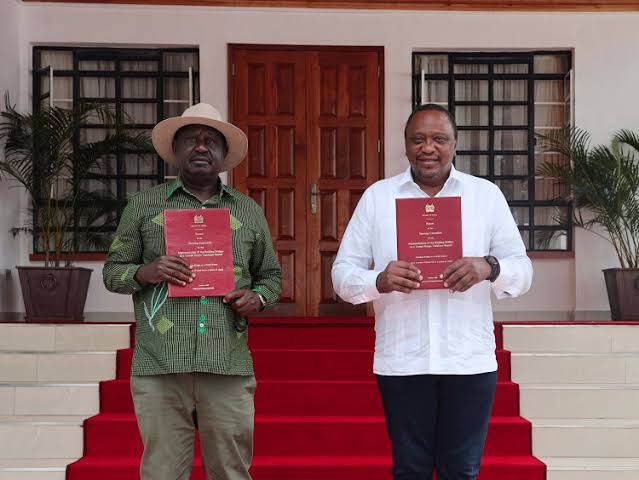 "Nothing beats the brown paper dollar "

"That's a fact. We will know the cows and separate them from leaders."

Revealed: Leaders Want to Take Over IEBC Recruitment Panel to Push Those Who Incline to Them

Raila Holds A Meeting With Another Powerful Governor From Mount Kenya