ODM Breaks Silence After Flooring Jubilee and UDA in Bonchari, Reveals Secret to Their Victory 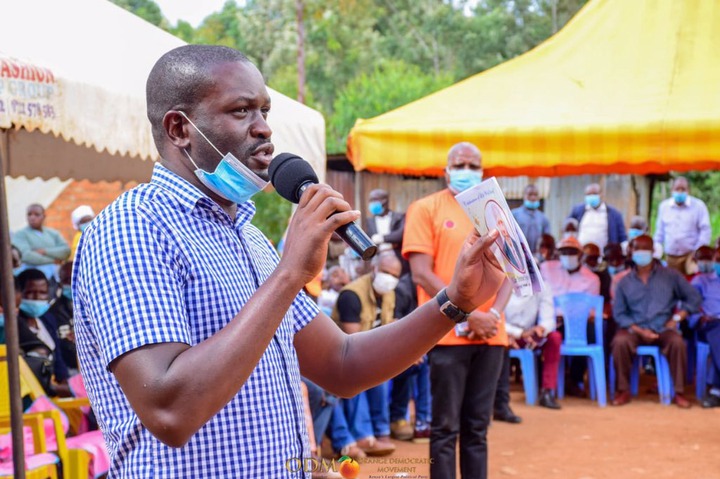 And now, ODM Party through its vocal secretary general Edwin Sifuna has finally come out to break its silence after their huge victory in the tightly contested By-election that was previously marred by allegations of intimidation, voter bribery and arrests of opposition politicians. Sifuna revealed the secret to their victory.

According to him, they have managed to clinch the Bonchari polls them due to the support the party stalwarts in the area like Janet Ongera, ODM Party treasurer Timothy Bosire, Prof Sam Ongeri, governor James Ongwae and the Party MCAs put in.

He also says that courage and hardwork that was portrayed by the ODM party team in Bonchari was also another deciding factor to the victory of engineer Pavel Oimeke. 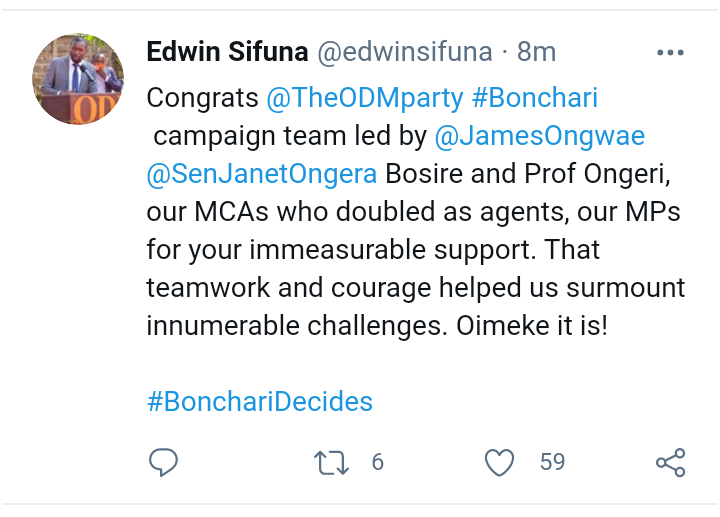 "Congrats ODM party Bonchari campaign team led by James Ongwae Sen Janet Ongera Timothy Bosire and Prof Ongeri, our MCAs who doubled as agents, our MPs for your immeasurable support. That teamwork and courage helped us surmount innumerable challenges. Oimeke it is!" he said.

20 Lady Hair Styles That Will Make You Look Attractive And Adorable. Photos

Police Gun Down an Armed Robber in Juja

"Eiiish", The Type Of Shoes President Uhuru Kenyatta Was Wearing During The Launch Of WRC Disclosed