Independent presidential candidate Nazlin Umar wants Raila Odinga disqualified from the August 9 election. Umar told the press at Kenya's Bomas on May 23 that she asked the IEBC to ban Odinga from utilizing state apparatus for his campaigning. "I want Odinga banned because he's used the president's office and Uhuru as his campaigner, which is public," he said. "President, cabinet, and all government officials are campaigning. President Kenyatta said he'd be Raila's campaign manager, which is illegal "said.

Umar further said the panel headed by Chairperson Wafula Chebukati intended to rig the election for Azimio One Kenya, a state initiative. She criticized IEBC's requirement that independent candidates submit 48,000 signatures from 24 counties and copies of their ID cards. "IEBC wants to utilize photocopies of IDs to pluck people from the registry and staff Raila ballots," the presidential candidate said. Umar, a presidential candidate before, said that requesting ID cards violated voters' privacy and vowed to sue.

Chebukati reminded Kenyans that data received via document submissions is secure and has clear authorisation. "The commission is compliant with the Data Provisions Act and has registered with the data commissioner. We have legal authorities to store and handle any candidate data," he said.

11 presidential candidates faced disqualification after failing to submit their running mates by May 16.Nazlin initially gained attention in 2007 when she ran for president on a WCP ticket and received 8,624 votes. 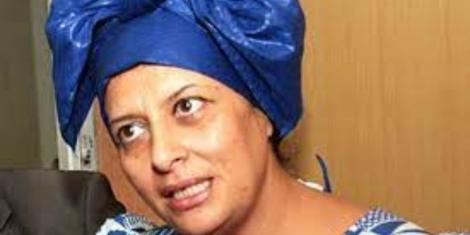 Content created and supplied by: Timo1 (via Opera News )

Kenyans To Raila After His Morning Post On August, 9 Elections

New Poll Shows Who Would Win The Nakuru Gubernatorial Race

Even After Camping in Mt Kenya for Years, Ruto Has Offered the People There Nothing